When Campaign Spending Is Pure Evil 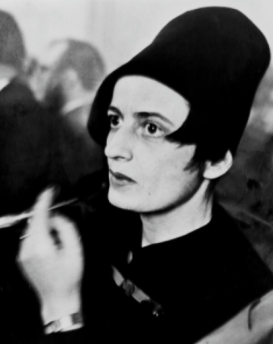 The other day I heard that, in one week the anti-Trump Romney version of the GOP (or what they left of it) spent over $35 million dollars on campaign ads.  They’ve shelled out close to that much, this week.  There are 45 million people in the United States living in poverty.  The Romney wing of the GOP could have taken that money and given a million bucks to everyone in the US living below the poverty level, and truly revolutionized not only the world, but the GOP.  Instead, they chose to spend it on advertising, while allowing situations like this to continue.

I have no problem with campaign spending, or a hit piece.  I do have a problem when it is done in such excess it reeks of Marie Antoinette suggesting the starving citizens of French eat cake. Cake, BTW, was the soot that collected inside a fireplace, and was removed in a hardened mass.

It doesn’t matter who the target is of $35 million in attack ads is, when it is spent in 1 week, and so obvious, and we have so many people in this country living in poverty that spending thirty-five million bucks on campaign advertising, in one week, is pure, absolute, dripping evil.  The Mitt Romney version of the GOP is a reflection of Ayn Rand.  It is cold, cruel, and about power.  People are nothing.

This one hurts, badly.  The worst part of it is that no one, even on the left, apparently gives a damn. There comes a time when we need to stop lamenting the insanity of campaign finance reform and start shaming those who are the most abusive of the process.  Let’s start with Bernie Sanders.  He talks a good game, yet has spent a fortune promoting himself.

So much for helping those who are in need.  As long as the government is there to do it, no one else need bother or do anything creative about the situation.