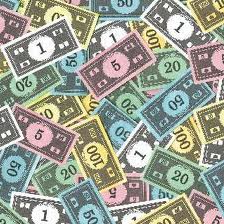 Billionaire Richard Branson has basically screwed the state of New Mexico, already to the tune of at least two hundred million bucks.  I don’t mind admitting, I think is idea is wonderful.  The problem is, like others of his ilk, he can’t tell the truth.  Sure, he’s inventing new technology, and that takes time, but he did not tell the truth about his Virgin Galactic project, almost conning the state. SpaceX, on the other hand, is seriously working on their technology, and appears to be playing fair.  The difference?  SpaceX is venture capital.  They’ve fought for what they have.  Branson feels he is entitled to what he has. When are we the little people going to realize that, when billionaires want tax credits and freebies, they are going to screw us?

Perhaps the title should be walking with dinosaurs, but I think that’s been taken, already, yet.  In a way, they are dinosaurs, huge, predatory, consuming everything in their wake, leaving mountain of poop for the rest of us to clean up, in their wake.  They inhabit a world where they are allowed to be psychopaths, with no conscience, no emotion, nothing but narcissistic self-serving, increasingly out of touch demands that make them the most entitled class the modern world has known.  The only thing that is preventing them from becoming despots the way the entitled class once was were laws – laws they are bribing every politician in the nation to attempt to change.  They have turned America into an oligarchy. But, they’re being picked on, being envied, and are complaining about class warfare.

They demand everything.  The most perfect example is Amazon.  Like Walmart, Amazon has increasingly become a destroyer.  It controls the publishing world.  Their demands are so great, small publishers can’t even bother putting their books on it, to sale.  The price is too steep.  Like Ebay, it is all about making money, and screw anyone who gets in the way.  And – they’re selfish.

“…Nor has Bezos shown much interest in politics, except as it involves his business. A moderate libertarian, he has donated money to oppose a “millionaires’ tax” in Washington State, and to support gay marriage. Shel Kaphan, Bezos’s former deputy, remembers him repeating Thomas Jefferson’s quote about the best government being the least government, but Kaphan worries more about Bezos applying his “take no prisoners” pragmatism to the Post: “There are conflicts of interest with Amazon’s many contracts with the government, and he’s got so many policy issues going, like sales tax.” One ex-employee who worked closely with Bezos warned, “At Amazon, drawing a distinction between content people and business people is a foreign concept.”…”

They are entitled.  They make demands.  They are so entitled that they have become the biggest, most powerful welfare kings in the world.  What is so ironic is, they have absolute contempt for anyone who isn’t wealthy.  They are privileged to the point where they are becoming a danger, more to themselves, than to the rest of us.  Oh, they’ve already done their damage to we the little people.  They are becoming more and more insulated, and for some weird reason, feeling persecuted.  They are totally and completely out of touch with reality.  They are so out of touch, they don’t even comprehend that their quest to become even wealthier, by destroying working conditions, by harming their workers, then lying about it, are hurting them. They are making themselves look like monsters, velocriaptors, traveling in packs, snapping, hunting, and killing anything in their wake.

Unfortunately, they’re also libertarians. They want to do away with the system.  They don’t want to pay taxes.  They don’t want to follow the rules.  What does it matter if they pollute the planet, endanger their workers, pay them less than a living wage, and then smugly cry that everyone hates them?  They’re libertarians, basically putting Ayn Rand’s psychopathic philosophies into practice. Screw everyone but themselves, that’s how it’s done.

A fascinating case in point is Tom Perkins, who now thinks that a rich person should be able to cast a vote for every million they pay in taxes.  How did he make his money?  he went to work for Bill Hewlett and David Packard, ran their research department, then became general manager of HP’s computer division.   We all know the only reason HP and Perkins succeeded was because of government contracts.  He caught a lucky break.  So did they.  No, they didn’t work harder than the single mom who works three minimum wage jobs to keep her family living in poverty.  They were just at the right place and the right time.  Sam Zell, who is one of those private investment psychopaths, thinks that the reason he’s so rich and everyone else isn’t is because he works harder than the little people. You see, according to Zell, the One Percent works harder than everyone else does.   Lots of little people, Zell says, started with nothing and became billionaires.  Oh, really?

There is the John MacKey way of doing things.  Take over your competition, then raise prices, screw your employees, then bitch about the evil government, never mind the fact that the government he hates maintains his roads, makes things safe for his business, and so forth and so on.  Peter Thiel, who made his fortune with PayPal, no longer believes that freedom and democracy are compatible.   The Walton family owns more wealth than the bottom 41% of the little people in America, yet they demand and get any manner of tax breaks, and wealthy welfare.  Just don’t expect them to give anything back, or give anything to charity.

“…The real affluenza is the failure of the rich to appreciate that their special privileges – such as the privilege of operating under what is, from a practical perspective, a substantially different justice system than everyone else – must come at a price…”

The problem with this bunch is that they have so much money they own the media.  They own Rush Limbaugh.  They own FOX News.  They have bought off just about every Republican in office.  Through ALEC, the Koch Brothers basically own every GOP state house in the nation.

Getting back to Tom Perkins, he thinks that people shouldn’t vote unless they pay their taxes.  Naturally, listening to the WSJ’s libertarian shill, Stephen Moore, well, you would think that unless you paid income taxes, you don’t pay taxes.  That alone is completely out of touch.  The ‘little’ person pays a far greater percentage of what he/she makes  or is worth in consumption taxes than these people will ever pay.  They pay very little tax on their vast capital gains.  If they speculate and make billions, they pay no taxes on that.  The wealthiest 400 in this nation pay less than a 20% tax rate.  Small business owners end up paying anywhere from 35-39% in income taxes.  Now, pray tell me how that is fair.

According to one study, they are far less likely to support a minimum wage.  They don’t want families to have an Earned Income Tax Credit.  They prefer only to have defense and police protection.  They don’t approve of any sort of welfare or public assistance – BUT – they want never ending tax breaks.