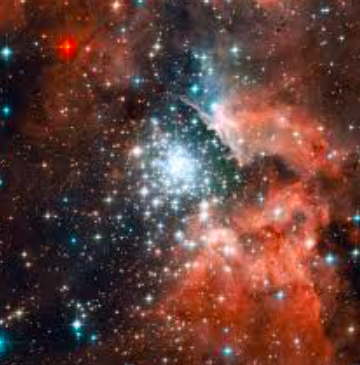 I don’t mind admitting that I voted for Barack Obama in 2012.  Any thinking person, who detests the Koch Machine, and what has done to this country could not possibly vote for Mitt Romney.  I have no regrets.  I am though, very unhappy with the Obama Administration.  The second term is far different from the first.  If I had known what I know now, I probably would have just stayed home and no voted at all. I like many liberal policies when it comes to people things.  The austerity pushed on the country by the libertarian leaning Koch-heads has nearly destroyed this country.   Unfortunately, Obama’s wrong-headed economic policies have made it even worse.  You cannot have a confluence of libertarian & liberal and expect to come out unscathed.

I am increasingly convinced that Obama is either oblivious when it comes to real people in the real world, or he doesn’t give a damn.  I don’t know which it is.  His environmental policies are going to destroy what is left of the middle class. Yes, we need reasonable policies.  We need a POTUS to have the  fortitude to not just give lip-service to wind and solar, but actually do something about it.  He talks a good game, but that’s it. If he wanted to truly do something, how about an executive order demanding power companies immediately allow home owners to do wind and solar without facing financial penalties?  If he wanted to truly help with the drought in California, he would have lifted the ban of water going into the Imperial Valley.  Instead, his Administration has allowed millions upon millions of water that could be used to irrigate crops and lower the price of food in this nation to be dumped into the ocean after providing water for an extinct minnow.

I don’t get any of this.  They always said Reagan was the Teflon President, but no one is holding this man accountable to the fact that the VA scandal occurred well into his watch, not that of George W. Bush.  Instead, Bush is blamed, even when we’re dealing with Obama employees and hires.  He was told that he had to leave at least 25,000 boots on the ground in Iraq, or something like ISIS would be the result. His policies with Putin are leading us toward World War III.  As for Iran, it is obviously a joke.

The great liberal, Norman Lear, recently denounced many of the Obama policies, saying that he could no longer be a liberal.  He now considers himself a social conservative.  I like that. It is a peg that fits me. I just can’t be part of what liberals are doing today, nor can I be part of what conservatives are doing.  I no longer fit – anywhere.  The way it stands, today, I’d be willing to vote for Joe Biden. I just can’t make myself stomach Bernie Sanders. As for the GOP, I have no problems voting for Lindsey, who I support.  I can easily vote for Carly Fiorina or Jeb Bush.  Forget Scott Walker, Rand Paul, Ted Cruz, Marco Rubio, Chris Christie, Mike Huckabee, Rick Santorum, or Hillary Clinton.  I don’t think Donald Trump will be around a year from now, but I could be wrong.

Frankly, I would rather not vote for a Democrat this time.  One of the reasons is I think parties need to be swept clean every once in awhile or they become abjectly corrupt.  I just wish I knew what was going on within the Obama Administration, but they have presided over the harshest crackdown in First Amendment rights in this nation’s history.  That’s the problem I see with this current crop of liberals.  They talk a good game about freedom, and are worse than the far right when it comes to curtailing it.