Thinking Beyond the Box 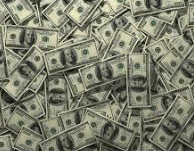 If I were the only one dealing with senior citizen parents and the financial disaster which has engulfed our culture and our country, it would be one thing.  I’d basically shut up and deal.  But, I’m not the only one.  There are thousands if not hundreds of thousands of people in the same situation I am.  We’re stuck, our lives in ruins, emotionally and financially.  There is literally no where to turn. Due to the economic conditions of our not so brave new world, things which should have been just a molehill, have become a mountain, as insurmountable as Everest is for the average person. Let’s face it, our parents’ finances have been depleted, not necessarily by their own designs but by this horrible culture of greed.  We have a system where the elderly have become nothing but disposable garbage. The very entities which should be able help us, have made the very situation worse.

One of the very real problems facing our libertarian world is the fact that this myth of self determination, self-sufficiency, and self… SELF, dictates that if you can’t care for yourself you deserve every bad thing you get. The culture also serves to shame those of us who have given up everything to help our aging family members.  If we can’t work, hold a viable job, we’re also dirt.  Never mind we’re working – constantly – caring for our elderly.

It is a reflection on how our culture views the less than viable.  If you can’t produce, you became a taker.  If you are a taker, you are worthless in the eyes of society.  Fact is, you’re worthless in the eyes of most family members.  Our culture had devalued the elderly.  You read various articles about how someone who reaches a certain age should just be allowed to die, and not use up valuable resources.  Care is literally rationed.  No, we don’t see it, but it is.  The rationing is subtle, in little ways, designed to rob people of their basic dignity, human rights, and help them make the decision that they are not worthy of being allowed to live.

I see it on a daily basis.  When you are forced to choose between food, medicine, or  incontinence products for your parents, then you know how cruel and vicious our country has become.  When your senior citizen parents are denied basic services because they have a home, and some nice personal belongings, something is wrong.  They must become destitute, wallowing in the gutter if you want any viable assistance.

Over two-thirds of care-givers for their elderly parents are women.  I suspect that’s why there are no real services available for us.  If men were the care-givers, you can bet there would be a heck of a lot more financial assistance.  They aren’t and there isn’t.  Consequently, if we want to survive, we need to learn to think beyond the box.

Because our financial situation has been ruined, there’s no hope for a loan.  We need to be physically near the parents, but, unless the situation is optimal, that too is financially ruinous.  Maybe the time has come for us to stand up for one another.  Maybe we need to reinvent the wheel, and become our brother’s keepers.  We are in this together.

Our culture is not going to be changing any time soon. Because of the degradation of the middle class, unless we learn how to revisit the situation and find alternative ways to support ourselves, and finance the changes in our lives, we are going to slip into abject poverty.  Right now, I’m no longer optimistic about my future.  Once upon a time – three years ago – I was.  I no longer am.  I suspect many people reading this are in the same place I am.  I think it’s time where we stop and take control.

I’m tired of being the victim, of worrying about how basic bills are going to be paid.  It is quite obvious we are dealing with a political situation where there is going to be no real help.  It doesn’t matter if people like my parents have paid in millions in income taxes.  They are now takers.  As takers they are the slime below pond scum.  Never mind my father is part of the Greatest Generation, serving in the South Pacific.  Our society has betrayed our vets.  Our society has betrayed anyone who isn’t willing to destroy others to get ahead.

I’m not going to roll-over and play dead.  I’m sitting on access to property which could be worth a small fortune, if properly developed.  Once again, I go back to the fact that it appears as though, this day and age, only certain people are allowed to take steps to get-ahead in this world.

Let’s do something different.  If it works for me, it will work for you.