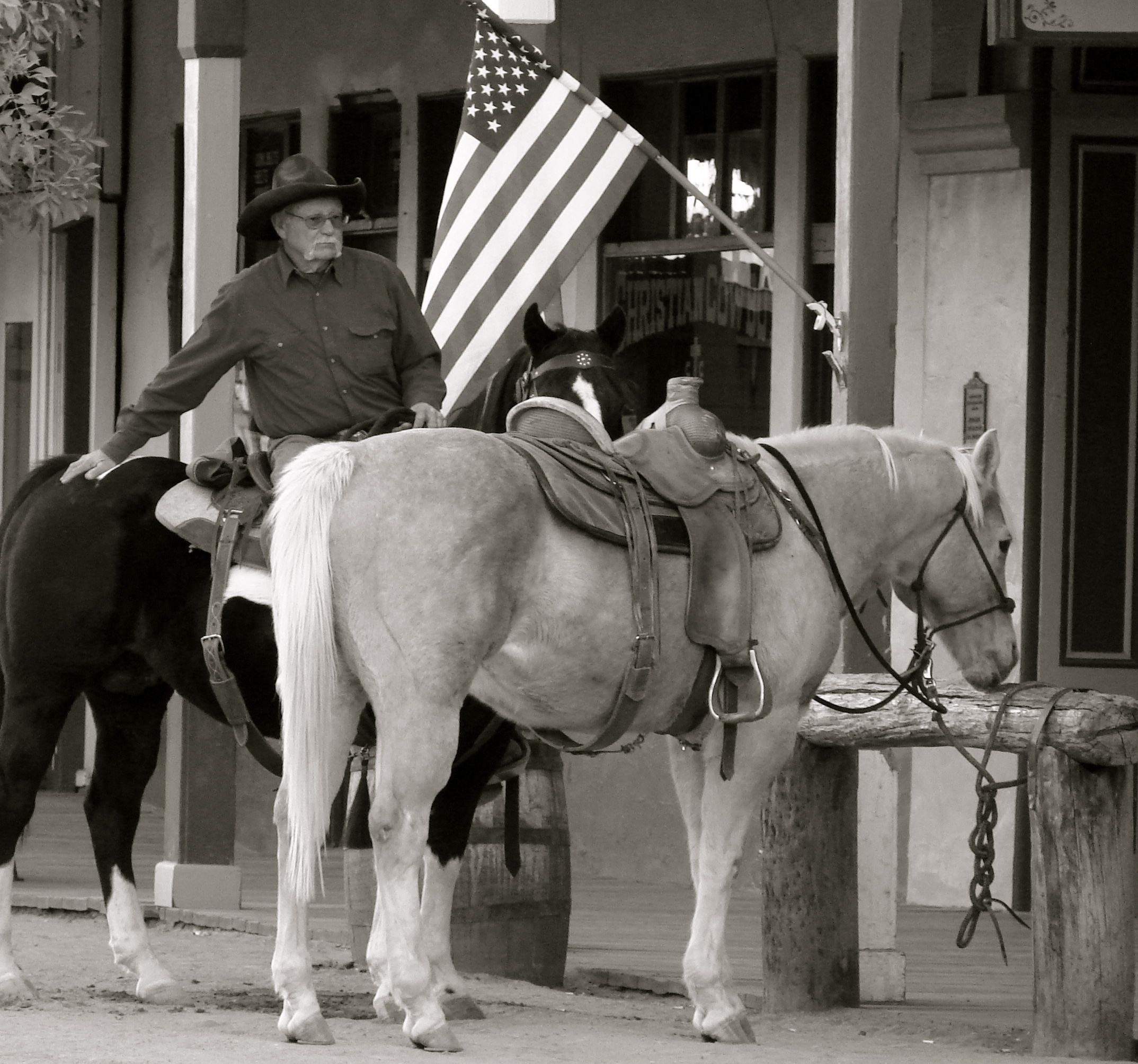 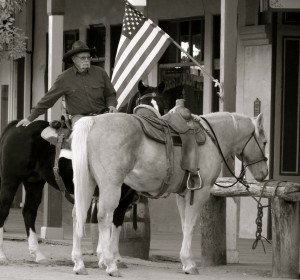 Several years ago, I spent a lazy Saturday watching Andy, Barney, Opie, Aunt Bee, Goober, and Mayberry.  You stop and think, wow, life was so much better then.  It was kinder, gentler, a made for TV movie with skipping stones, barefoot boys, and fathers who cared.  It was great, in the 1950s – if you were white, middle class, and socially acceptable.  I looked at a very dear friend who had been part of a mixed marriage.  Life would have been hell for she and her late husband.

There is this nostalgia for bygone eras today.  Maybe it’s because we have too much time on our hands. I though, a tremendous amount of that nostalgia is due to historical ignorance. When the far right, especially the far right, waxes poetic about the Revolutionary War era, they basically have no earthly idea how bad it was then.  If they did, they would constantly be falling for ignorance based demands for fewer regulations.  They would also not allow themselves to fall into the ‘libertarian’ trap.

Margaret White wrote a column for the UK Globe and Mail that embodies historical and sociological ignorance when it comes to the values of yesterday, especially the Victorian era. She feels there is a lack of self-regulation, and attitudes, today, that don’t allow for success, tomorrow, especially when considering today’s student.”

“…The trouble is that cultivating 19th-century habits in the 21st century isn’t easy. In Victorian times, self-regulation was reinforced by many kinds of external pressure, including social norms, religion, family and Queen. The consequences of lapsing from the straight and narrow – social disgrace, even ruin – could be severe. Today, you’re far more reliant on yourself to stay the course, and nobody else much cares if you don’t.

On top of that, we face temptations our ancestors could never have imagined – many of them engineered to zero in on our pleasure centres with scientific precision. As Daniel Akst argues in his highly readable book, Temptation: Finding Self-Control in an Age of Excess, modern life requires an unnatural degree of self-control. Our ancestors were too busy just surviving to succumb to bad habits. But in an age of super-affluence, it’s a constant struggle to keep our appetites in check. “It’s not that we have less willpower than we used to,” he writes, “but rather that modern life immerses us daily in a set of temptations far more evolved than we are.””…”

I get so sick and tired of historical ignorance.  First of all, by the Victorian era, the average person, unless one was locked in some vile, filthy, smoldering and ignorant life, based, primarily on near slavery in low wage factory jobs in repulsive blackened cities and slums, people had what had become known as leisure time. In the slums, where factories did indeed make slaves of their hapless employees, what little a person did make, especially the man of the family, went for cheap and readily available alcohol and even cheaper and more readily available narcotics.  The temperance movement was born out of the abject disparation  of women who had families who were starving, while they husband would do directly from work to the saloon, and drink his week’s wages, in one night.   From the temperance movement came the woman’s suffrage movement.

It was the age of the opiate. Nice middle class ladies never drank, but they lived in an opiate buzz.  Laudanum was used for everything, by everyone. The prim and proper Victorian lady would always have a lovely little ornate opium or laudanum bottle in her purse. If her child was teething, she simply rubbed a little on its gums.  Colicky?  No problem put some in with his milk.  Headache – laudanum.  Stomachache, laudanum.  Cramps – laudanum. Indigestion – laudanum.  Cold – laudanum. Lack of energy – laudanum.  Men’s problems – laudanum.

There was no such thing as a libertarian existence.  Everyone depended upon everyone else – for living, even in the cities, and lovely little middle class towns, which were spread through-out the nation.  Everyone helped everyone else.  They all knew they were interdependent upon one another.  Anyone who dared breath the current libertarian philosophy, was basically a social outcast, considered anti-social, a crank, and a pariah.

Victorian values and morality is also a myth promoted by the false representations of American life illustrated by Norman Rockwell.  There were Gays and Lesbians.  There were cross dressers.  There were gay couples. Why the heck do you think unmarried school teachers quite often lived together?  It wasn’t to save money, that’s for sure.  Women became pregnant out of wedlock.  If they were fortunate, they would simply buy a wedding ring, down black widow’s weeds, and move to a new town, and sob as they tell how their husband died, leaving them with a little one on the way.   As for pornography, well, it was quite readily available. Why the heck to you think they had such interesting nude paintings above the bars in saloons?

People didn’t ask questions, especially in the ‘Wild West’.  You went west to seek your fortune and escape your path.  Questions were bad form.  That poor widow found community acceptance.  The young gay son found people who were just like him. Someone who had committed a crime could go straight. And – all too frequently, a man could leave his family and start a whole new life, with a second family and no divorce.  Oh, and divorce was fairly common. Nearly half the women who were moved West, on to a homestead sank into almost terminal depression and mental illness over the harsh solitude and the cruelty of it all.

Guns were banned in towns.  The one reason women married fairly young was because they were pregnant. If not, women did not marry into their early twenties.  During the Regency period, in England, for women of the ‘Ton’ the average age for marriage was not 18 as we have been led to believe by Jane Austen’s completely unreal tales of her rather strange life, but was around 23-years-old.  Oh, and Jane Austen was a lesbian. She and her lover would sneak away, annually, for about six weeks on the sea.  The frequented a location where everyone swam in the nude.  In fact, until around 1820 or so, everyone did swim in the nude, in mixed bathing parties.

Everyone likes to think their generation was the worst.  Roman letters and writings are full of the disparate older generation, waxing poetic about how deplorable the younger generation was, and how they were going to bring about the end of society.  Want brings about the demise of a society and a nation is not, usually, from within, but due to invasion, disease, or a political movement that destroys what was there previous.  The younger generation does not destroy it.  Nor does the loss of morals and values of a by-gone era.  History, though is doomed by the ignorant fools who know nothing about it.

This said, if given the chance, I think life in Tombstone, in the 1880s was probably a good thing, if you were one of the haves. The reason I say this is because of various sociological factors.  First, water was plentiful.  Second, strangely enough some of the finest physicians in the country were  in Tombstone.  Until medicine modernized post World War II, it was as good as it was going to get – there. The town literally had world class entertainment.  There were dozens of upscale restaurants.  The two main hotels were also world-class.  There were active churches and a social life that was welcoming to women.   Once again, if a women lived in the Wild West, in a town, she had a chance at building a better life.  Finally – more than two career options were available – saint or sinner.  A woman could go into journalism, retail, or even own a business and feel no social stigma.

And – there was a chance of catching a glimpse of Wyatt Earp, who, from all reports, was one hot dude!