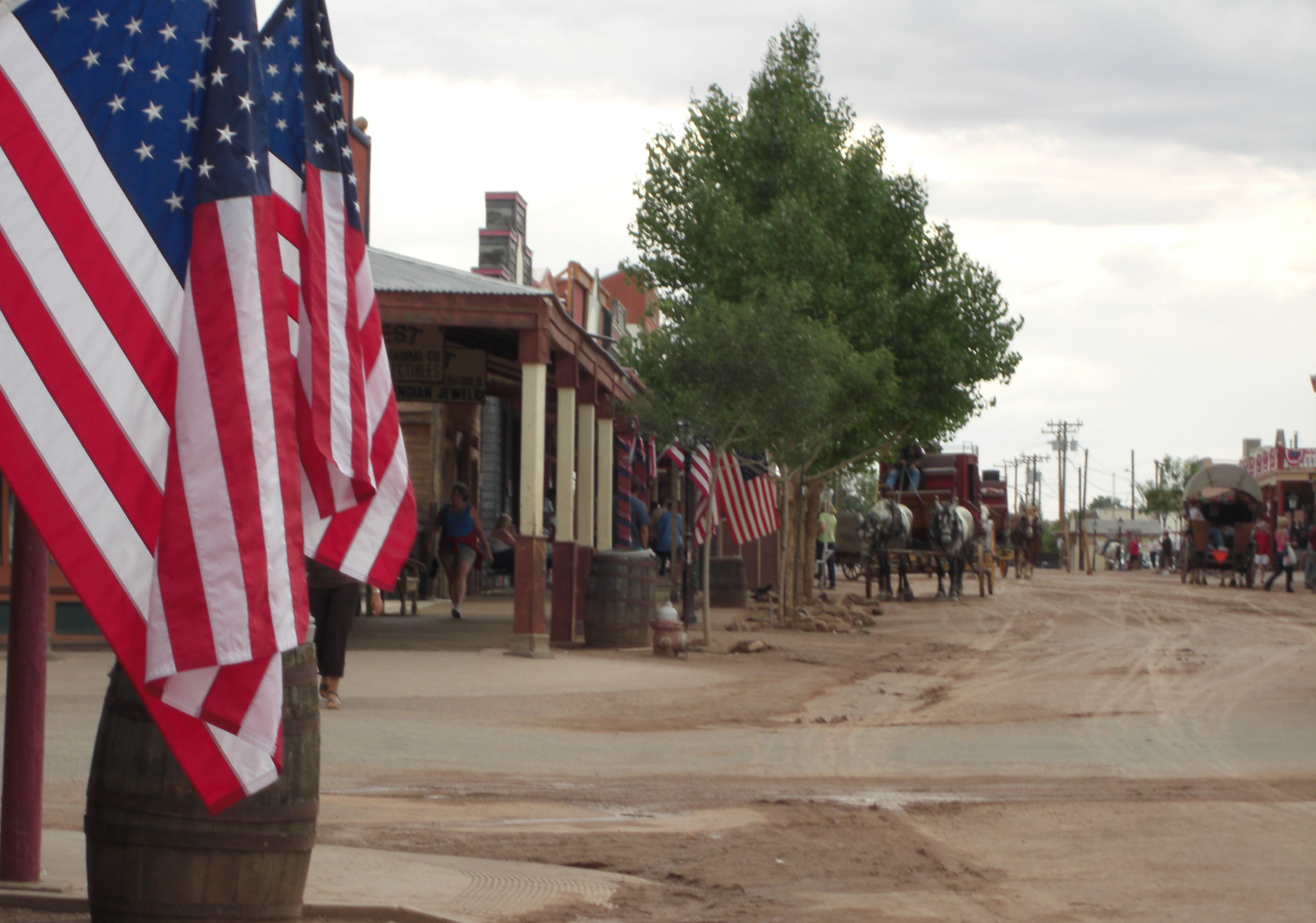 It was about 2:15 PM on a very windy, very chilly Wednesday afternoon when four brave men began what we now call The Walk.   There was a threat of snow.

They walked down Allen Street, turning right at 4th Street.  When they reached Fremont, they turned left and began walking toward Fly’s Boarding House.  The destination was the OK Corral, where the Clantons and McLaurys were hung-over, nursing sore heads, and growing angrier by the moment.

One of the misconceptions about the most infamous gunfight in American History is the fact that it all took place inside what people now see as the OK Corral.  It actually took place outside of what is now the OK Corral, with a bit of the shooting taking place in what would now be the middle of Hwy 80.

After perhaps 30 seconds, by about 2:30PM two men were dead, a third dying.  Billy Clanton, Frank McLaury, and Tom McLaury died.  Ike Clanton ran away during the middle of the gunfight following Billy Claiborne and Wes Fuller.  John Behan, the Cochise County Sheriff, and a Democrat (as were the Cowboys) watched the whole thing while cowering in Fly’s Studio.  Wyatt Earp’s biographer, Stuart Lake said he always though Behan may have taken a few shots at the Earps from the shelter of Fly’s.

Virgil Earp, Morgan Earp and Doc Holiday were injured during the fight.