The Degradation of Our Lives 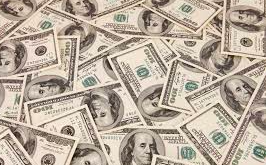 Last night I was watching a rerun of I Love Lucy.  They had just moved into the house in the country.  Lucy wondered if she should put another blanket on Little Ricky.  She was told that the furnace kept the house nice and warm.

For some strange reason, we’re no longer allowed to be comfortable – and to enjoy it.  I don’t know when I’ve been truly warm.  I have a heat-pump and live in an energy inefficient condo.  Yes, it was my fault for being so stupid as to purchase it, but for the first ten years of living here, I was able to be warm in the winter.  Today, though,  I don’t know when I’ve been able to get a shower and not freeze before and after.  Nights in my bedroom have an average temperature of 57 or 58.   I have two fireplaces, but the cost of wood is prohibitive.  So is the cost of electricity.  Since 2010, PNM has raised our rates 41%.  They are planning to raise residential rates another 16% next year.  One of the reasons is to deal with the new EPA regulations on carbon emissions.  The other is so that the board members can have a tidy compensation and the company, which is a public regulated utility can show a very good healthy bottom line.  In the process, here in New Mexico, to insure this alleged bottom line, a major power plant will be taken off line, crippling the economy of an entire sector of the state.  This is a part of the state where unemployment is chronic.

It’s now too expensive to run the air conditioning in the summer.  You ration the number of lights which are kept on, during the evening.  And, I have blankets hanging in front of a couple of my windows.  This is 2015.  People living in the United States should not be living this way.

On Wednesday, I picked up my weekly shopping at Wallyworld.  I have no choice.  There are two places to shop in the little town where I live.  Two weeks ago, the price of gas was $1.89 a gallon.  Today it is $2.19.  That’s a thirty cent increase.  If you need to buy twenty gallons of gas to fill the car, that’s $6 increase.  It adds up.  Just for myself, today, at the store, I spent $140.  I bought nothing exotic.  I bought a big bag of Meow Mix and 28 pounds of litter.  That alone was $23.  A few years ago, Wallyworld sold this incredible brand of crystal litter, that was only about $3.50 a bag.  Forget that.  You can’t break people that way.  The price of Fancy Feast increased four cents a can in a week.  There’s no need for it.  I bought three potatoes, large ones.  They were nearly four dollars.  Trying to find the cheapest price on broccoli, I bought the cheap stuff.  It was $2.75.  When you are on a limited budget, it gets worse, each week.

Two years ago I had incredible health insurance.  It was $164 a month with a yearly deductible of $1200. I could pick and choose my own doctors and go anywhere I wanted.  Today, I have no insurance. I’m one of those people the system has glitched so that I can’t buy insurance.  I thought it was just me, but evidently there are a couple million of us.  It wouldn’t matter, anyway.  The cheapest price I can get, here in New Mexico is $468 a month, with a yearly deductible of around $7000.  I now have no health insurance. I can’t afford it.

New Mexico is in the middle of yet another economic downturn.  The price of real estate is dropping, yet again.  Here in this state, they don’t value land.  The same type of acreage we’re trying to sell, for barely $500 an acre, which is an obscenity in itself, is selling in  Texas for $1500/acre.  Back east it is going for three times that.  And – because of the poverty level in this state, the oil/gas barons who control the state, are trying to force you to sell what you have to them – for almost less than you paid for it.  It wasn’t like this a few years ago.  Unfortunately, the idiots who control the county council have made it so difficult to put a well on your property, they’ve further destroyed the value of any property.  But – the local billionaire developer, gambling, hostler can have his golf courses.

The degradation of life has reached the point in this country where I truly only know of 1 person who has a better life than they did in 2008.  I don’t know anyone who isn’t suffering with a loss of buying power, and financial security.  They tell you to save for retirement, but why bother when a person could make more money buying Barbie collectables. But – have you seen the tax rate on art, collectables, and antiques?  It’s 28%.

The President has proposed a draconian new way to redistribute wealth.  In an attempt to destroy the large fortunes, he wants to change the inheritance taxes where, the moment you inherit, you pay capital gains on the inheritance. If you inherit a piece of property that’s worth about $500K, you must pay something like $70K, up front, immediately.  Who can afford that?  It’s not going to hurt the wealthy, but those of us who stood to inherit a little bit of property are going to be kicked into the gutter.

It doesn’t matter which political party is in charge.  Both work only for the super wealthy and their billionaire over-lords.  We’re being pushed into a libertarian serfdom, where we the little people are going to end up just like Ayn Rand predicted – dying in the gutter.

This is NOT the America I knew – in 2008.  The land of hope, freedom, and opportunity has suddenly become a trap.  There is no freedom, especially economic.  Our futures are increasingly dark and dreary.  Unless something drastically changes, I see absolutely no hope for we the little people.

I just don’t get it.  The world of Lucy Ricardo was one of economic hope.  It was on the cusp of civil rights, increased economic freedom, and a land where anything was possible.  Now, though, in order to seriously degrade our status of living, primarily to save the planet, we’re on a downward spiral.  The new Food Pyramid is going to be removing quite a bit of meat from the daily nutritional chart.  No, not for our health, but because farm animals contribute to global warming.  So – now kids go without meat, not because their families can’t afford it, which they can’t, but to appease climate hysteria which is nothing but hysteria.

Yes, we need to be prudent and make the world we live a better one.  I want solar and wind power.  It’s cheap and easy. The problem is the fact that the billionaire over-lords  like the Kochs and the Waltons don’t want us to have it.  They want to keep impoverishing us, in order to make themselves even wealthier.  That’s the wealth I’d like to redistribute. They are stealing from us. They are destroying our future.  The politicians who take their money, Democrats and Republicans are enabling them.

I seem to remember Ricky complaining that the phone bill was $18.  Gas was $56.  Power was about $26.  Water was $11?  Lucy told Ricky that eggs were 75 cents a dozen. They spent $88 on food per month because Fred and Ethel were spending every weekend with them.  I calculated the price  from 1957 via Measuring Worth for 2013, which is the latest available data.

In the San Francisco area, they’re paying $5.29 for a dozen eggs – to accommodate laws increasing the size of cages for chickens.  The price, nationwide has, according to some sources, doubled since September.  In December, the average price, nationally was about $2.30 or so.  In other words, the Ricardos were not exactly living in poverty, even by today’s standards.  The minimum wage was $1/hour.  Today that would be about $8.29 today.  The Ricardos were spending about $199 a month on utilities and food.  Living on minimum wage, that would be $39 more than $160/month.  Ricky earned something like $3500 for a television appearance, which calculates out today to be $29,000 – which covers the cost of the new furniture Lucy bought.

It all show a very different world.  When you go back and look at things, the Ricardos were living like B-list celebs. They weren’t A-listers, but Ricky was well known, even though Lucy said he’d never had a hit record.  He did though, have numerous records.  He toured with his band, and had fans.  He made a very nice living.  But – B-listers lived much differently in 1957 than they do today.  Fred and Ethel were the ones with all the money.  I calculated the worth of the apartment building they owned.  Today, they would be up there in Trumpdom.

Our lives have changed.