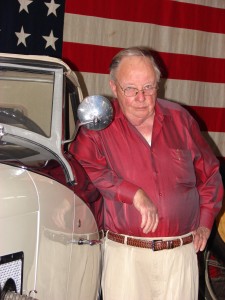 I suppose, had not not lost my father in October, the subject of honoring the Greatest Generation would not be the same for me, but right about now, I’m steaming because practically no one in the US is even bothering to honor them.  I don’t know of anyone else, anywhere, who is doing what Dmitri Hvorostovsky is doing, with his series of concerts honoring the end of World War II in Europe.  Granted, my father was in the South Pacific, but it’s all the same.  Now that the taxpayer and the VA are daily being relieved of the burden of living up to their sacred promise of caring for our vets, it just hurts.

My father died on October 18.  I admit, I’ve not really cried for him. But, listening to my favorite baritone in this concert, is leaving me in tears.  Right now, I’m so disgusted by the fact that no one gives a damn about remembering the sacrifice from people like my father.  Not only that, he’s doing special concerts for the Greatest Generation.  Please, find just one other person who is doing this?  I don’t know of any.  I’m ticked about it.

No one even bothers to remember those who fought in World War I.  Today, our elected officials are busy doing their best to cut benefits to our vets.  We have thousands of wounded men and women who aren’t getting the care they need. It seems to me, if a country expects men and women to risk their lives, their health, and their futures fighting for it, the least that country could do, the least our elected officials could do is quit trying to screw them out of what was promised.

This is one of the concerts.

The man’s voice just gets better.  It is getting deeper, but more mellow, like a beautiful wine, or a fine tuned musical instrument.  All I know is I appreciate what he is doing. It take someone special to honor people who aren’t going to help him in any way.  They aren’t going to be buying his albums, or attending his concerts.  You won’t see them blind-drunk at some repulsive state fair celebrating the latest country bumpkin.  They’re just about gone.  Once upon a time Bob Hope would have done something like this, but there is no one else.

My father was in the Merchant Marines.  Until the 1980s, those who fought in World War II as Merchant Marines were not recognized or honored for their service. Yet, the reason we were able to defeat both German and Japan was because of the work the Merchant Marines did.  We tried for years to get my father’s service recognized and get veteran  status for him.  He was going to flight school, when he went to see Action in the North Atlantic.

Always the Humphrey Bogart fan, my father quit flight school and transferred to the Merchant Marines, volunteering for the South Pacific.  At that time, there was something like a 90% mortality rate for Merchant Marines.  The assignment was so deadly, it as assumed that those volunteering would never make it out alive.  While they were training, they were treated like conquering heroes. My father had a blast.  He said, by the time he made it to the South Pacific, the nurses were there, before him.   He saw a tremendous amount of action, being the officer in charge of collecting identification and dog-tags off our troops who had been slaughtered during the Bataan Death March. 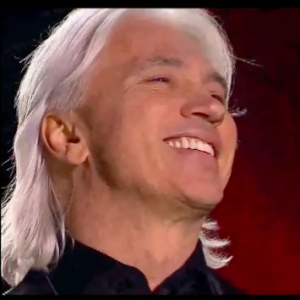 We could never find his transfer papers.  Because we couldn’t find those, we could not get his vet status.  Two weeks after his death, I was in his office.  I found a packet containing all of his military records, sitting there, on his desk.  They were not there the previous week when my sister and nephew were going through his thing. We still don’t know who put them on the desk. Now, though, we have everything, all of his records.  They’ll go into a book.

Once again, this daughter of a World War II vet, and barihunk junkie, wants to express my thanks and appreciation to Dmitri Hvorostovsky for honoring men like my father. This year, it is very important to me.  Oh, sure, they made a deal about V-E day in Washington, but that was required.  What my favorite baritone is doing is from the heart.