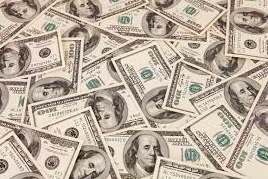 Now that things have calmed down, no one is throwing that many rocks, the media is moving on to greener pastures, and someone is going to be required to clean up the mess, the second guessing has begun.  The left is pointing fingers at the right.  The right is pointing fingers at the left.  No one wants to take responsibility for a situation in which none of them are truly to blame.  Because it is the Silly Season, every candidate who had a microphone stuffed into his/her mouth is going to have something to say, even if he or she has nothing to day.  All that matters is the photo opt.  You think they really give a damn about people in Baltimore, Ferguson, or (insert name of community)?

There are numerous reasons the political world says the ‘unrest’ happened.

None of them want to mention the fact that years ago Baltimore was a vital manufacturing center with good paying middle class jobs and opportunity.  Then, those jobs went overseas.  The left is avoiding the fact that they do have a role in police brutality because of the power of the union.  The right is avoiding the fact that they have a role in police brutality because they believe in law and order.  No one wants to truly find a solution.  A real solution might require soul searching, and unpleasant solutions.  No one wants to even acknowledge the possibility that there are groups of people who just want to make trouble, no matter what their race or ideology.  No one wants to mention the possibility that outside agitators, mostly anarchists, were also involved.  I’ve heard the rumors.  We all have.

People need hope.  They need good jobs.  One of the problem in this country is the fact that good jobs are increasingly difficult to find.  Liberals and conservatives are to blame for this one.  Also to blame are demographics, changing times and dying cities and communities.  People don’t want to locate a business in a high crime area.  It is no one’s fault that it is a high crime area.  Life happens. Bad things happen.  Bad people do bad things to people.  Mobs happen.

Life sucks.  It would be so nice to say that money would help the situation in Baltimore.  It would, and it wouldn’t.  There are people in this world who need attitude adjustments, cops included.  Baltimore had a history of bad cops.  All the finger-pointing in the world isn’t going to change that history.  What can change is people taking responsibility for their lives and their communities.  It is difficult to do that when you have had criminal gangs who have killed over 600 young black men in the past couple of years.  Maybe people need to protest that, along with the cops.