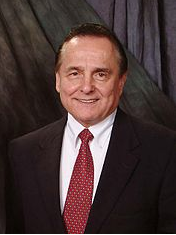 Bill Gothard is a nasty, abusive pervert who has re-created the United States into a nation in his own image.

Bill Gothard has been the most powerful and influential man in the United States for nearly three decades.  If you are not a part of the religious right, or ATI, you have probably never heard of him.  You are lucky.  His perverted teachings, and weird ideas have influenced well over 100,000 ministers in the Untied States.  A pervert is defined as someone whose sexual behavior is regarded as abnormal and unacceptable. Yep, that’s Bill Gothard.  Oh, it could be acceptable, if he were not a horn dog preying on innocent young women who were unable to fight off his weird advances, but they were not.  His behavior went on, unchecked, for ages.  He was recently caught, and allegedly held accountable, stepping down from a ministry he created decades earlier.  We’ll see….  What matters is that his devoted followers and associates, including Michael Pearl (let’s whip them nasty babies) and his truly disturbed wife Debi, Nancy Campbell, Kevin Swanson and the Duggars are still defending him.  The poor man was tempted, set up, and manipulated by a 17 year old hussy.  It doesn’t matter if he was 79 and single.    He lived with his mommy until she died.  He still lives in her home.  He’s never done much of anything (so they say) when it comes to women.  He likes to play footsie, touch things here and there, and likes long, crimped hair, of his thin, pure young girls.

Gothard was God Almighty to the godly homeschooling movement.  He influenced the now defunct Vision Forum, and the now discredited Doug Phillips.  He basically is preaching the bastardized version of Calvinism, OT rules which never existed, a pinch and a dash of Mormonism, and some truly screwed up rules and regulations, which were created by R. J. Rushdoony, and are still promoted by Gary North.  Scary Gary is also the author of Ron Paul’s new home-schooling curriculum and the brains behind Ron Paul’s political rise to insanity.  Along the way, Gothard’s truly disturbed and weird take on life has destroyed many innocent lives, causing tens of thousands to walk away from Christ.

Unfortunately, this strange man has influenced hundreds of thousands of families, countless churches, and tens of thousands of ministers.  An entire political movement has been sucked into his ministry, to be used to help turn the US into a godly nation of godly anointed men, women not included.

He teaches in his Basic Life Principles:

“….Obedience is listening attentively, Obedience will take instructions joyfully, Obedience heeds wishes of authorities, Obedience will follow orders instantly. For when I am busy at my work or play, And someone calls my name, I’ll answer right away! I’ll be ready with a smile to go the extra mile As soon as I can say “Yes, sir!” “Yes ma’am!” Hup, two, three!…”

It is about submission:

“…By honoring and submitting to all authorities in your life, you will receive the privileges of their protection, direction, and accountability. If you resist their instructions and move out from their jurisdictional care, you forfeit your place under their protection and face life’s challenges and temptations on your own.”…”

What Gothard has taught:

“…This is taking something good and proper from the Scripture and turning it into something God never intended it to be. If there was such a thing as the Power of Blessing as it is taught by Gothard and the Charismatics, this would be clearly described in Scripture. We would not be required to use our imaginations to build up an entire broad doctrine out of couple of verses that tell us to bless our enemies. To bless one’s enemies instead of cursing them is Scriptural. To go around “speaking blessing” on every difficulty in life is folly. If there were a doctrine of the Power of Blessing in Scripture, we would see it in Proverbs in relation to child discipline instead of all of the references to reproof and the rod. And we would see it in the Pentateuch, where Moses would have merely spoke blessing upon rebellious Israel instead of all of the other things we see there. And we would see it in the New Testament epistles, where Paul would have simply blessed away the many problems at Corinth instead of going to the effort of writing two lengthy letters filled with instruction and pleading and sharp reproof and warning. And we would see it in the book of Revelation, where the Lord Jesus would have simply used the Power of Blessing to correct the many errors that had entered into the seven churches of Asia Minor….”

Bill Gothard created a cult which is more powerful, wealthier, and more influential than Scientology ever dreamed of being.  It is all powerful, all encompassing, and now basically controls half the federal government.  It is ingrained into the Tea Parties and the religious right. Politicians bow to it.  Mike Huckabee is a devotee.  So is Rick Santorum, Ted Cruz, Rand Paul, Ron Paul, Sarah Palin, Rick Perry, Mary Fallon, Sunny Perdue, and everyone in between.  Via David Burton, the way the nation views the founding fathers has been corrupted, and re-written.  They rewrite history, laws, and are now trying to rewrite the Constitution.  They basically control the country.  Something 2.5 million young people have gone through Gothard’s brainwashing training sessions.

He teaches that it is normal not to question authority.  When one does, you are questioning God.  You see, godly men, patriarchs like Gothard are God’s anointed.  One does not question God’s anointed, no matter how irrational, perverted, or abusive they are.  He created a curriculum being used in charter schools, all over the country, called Character First.  Via Caracter Counts, Gothard’s perversions control entire communities, churches, businesses, school systems, law enforcement, chambers, jails, prisons, cops, police, and judges.  His clients include Hobby Lobby, the DEA, and so forth and so on.

“…Additionally, as numerous former Gothard followers have discovered, developing character traits like meekness and obedience can set individuals up for abuse. Gothard has long been criticized for counseling victims to give up their personal rights, to remain in abusive relationships, and to look for how their own poor choices (lack of character) could have caused the abuse. He is also known for habitually blaming victims of sexual violence. The secularized Character First approach does little to correct that imbalance in favor of abusers….”

P. S.  There’s also an allegations that Gothard molested a woman who was underage.