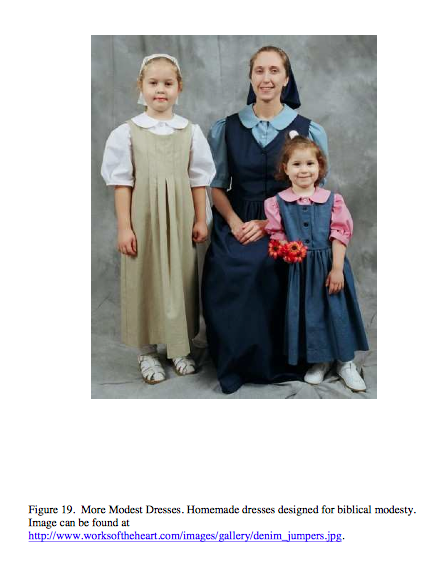 I noticed a recent headline from Time: ‘Duck Dynasty’ Reversal Shows GLAAD Has an Expiration Date. I don’t mind admitting that I am sick and tired of gay bashing and calling it Christian the way Tony Perkins allegedly the other day, when he said that the reversal on Duck Dynasty was good news for Christians. According to Perkins, of the Family Research Council (a known hate group) we Christians are tired of having to stand up to cultural bullies who want to damn us for our believe in the Bible. Evidently GLAAD (Gay & Lesbian Alliance Against Defamation) has an ‘expiration’ point. The author, gay, says that he did not think GLAAD helped itself by going after Phil Robertson who could pass for either the defunct Osama Bin Laden or Charles Manson any day of the week. That alone is disturbing. What is even more disturbing is the fact that Robertson’s overt racism was barely noticed. This is what bothers me. The real reason – Christian Reconstructionism has its perverse roots in the John Birch Society. Enough said.

“…Most of the conservatives defending Robertson completely ignored his racist comments — as apparently so did A&E — and instead simply sided with his religious beliefs about homosexuality. But even his homophobia clearly extends beyond the “love the sinner, hate the sin” framing that opponents of LGBT equality use to sugarcoat their bigotry. His follow-up comments in the week after his interview was published confirmed that he actually believes in the potential for homosexuality to be cured, exclaiming that Jesus will “take it away.” Ex-gay therapy has been found to be harmful and ineffective, and both California and New Jersey have banned the treatment for minors lest they be subjected to it against their will by unaccepting families….”

What is rather fascinating is that Phil Robertson’s Church of Christ cult sounds like Christian Reconstructionism. Well, there’s a reason. Along with his denomination, the Episcopal Church, United Methodist Church, and the Presbyterian Churches and those in the National Council of Churches have all been targeted to sabotaged or changed. Fortunately, we Episcopalians are fighting back. We’d better, and not be blinded by an attempt to destroy our faith by someone who is another corrupt follower of Rushdoony. And – the attempt to destroy the ECUSA is about Rushdoony. Howard Ahmanson, Jr. is responsible for the anti-gay hatred of the Anglican communion.

What Phil Robertson, and the far right endorse are much the same as the draconian, anti-gay laws in parts of Africa.

“…For the previous 15 months, the leaders of several conservative Episcopal organizations had been working secretly with their allies among the primates to remove the Episcopal Church from the Communion for consecrating a gay man with a male partner as bishop and permitting the blessing of same-sex relationships. Failing that, they aimed to establish a parallel American province for Episcopalians who differed with their Church on the nature of same-sex relationships.

At the Dromantine conference, the Americans and their international allies collaborated with an unprecedented openness, in an attempt to force Rowan Williams, the Archbishop of Canterbury, to take a harder line against the Episcopal Church.

Among the primates who backed this effort were Peter Akinola of Nigeria , Henry Orombi of Uganda and Gregory Venables of Argentina . Working with them were the leaders of the American Anglican Council, the Anglican Communion Network, the Ekklesia Society and the Institute on Religion and Democracy.

Those groups, backed by five politically conservative U.S. foundations, and Howard F. Ahmanson, a benefactor of numerous conservative ballot initiatives, candidates and think tanks, had been cultivating relationships with evangelical leaders in the developing world since the mid-1990s. But at Dromantine, the Americans’ role as the principal strategists for the movement against their church came into focus….”

It should come as no surprise that the one individual who has done the single most damage to the Episcopal Church, Peter Akinola, is one of the individuals who is a part of this. No, Akinola is not Christian Reconstructionism in the US… but…, but his actions have been inspired by that hate from here in the US.

“…Episcopal Cafe reports that The Persecutor is back — advocating draconian criminal penalties for anyone who enages in same sex marriage — that is already illegal in Nigeria. The church is even busing supporters to the hearings on the proposed national legislation. (It should be recalled that eleven Episcopal Churches in Virginia left the Episcopal Church USA and placed themselves under the authority of Archbishop Akinola.) Episcopal Cafe has the scoop as well as the text of The Persecutor’s letter (PDF), in which he declares that same sex marriage could create a “moral and social holocaust,” “extincting mankind,” (sic) as a result of “annihilation that will follow the wrath of God.”…”

According to author and historian Thomas Cahill, one of the problems conservatives face, today, is the fact that they are terrified of Pope Francis and his ‘pure Christianity’. It is not ‘pure Marxism’ as Rush Limbaugh would have us believe, but ‘Pure Christianity’.

“…He defined “real Christianity” by reciting the opening verses of Matthew 5 – “blessed are the poor in spirit for theirs is the kingdom of heaven (and) blessed are the meek for they shall inherit the earth.” “The words of Jesus have nothing to do with aggressive economics,” Cahill said.

Pope Francis was most concerned about Christians who were fixated on doctrine at the expense of people. “It’s not just driving conservatives crazy; it’s driving crazy the people who can only see things one way,” Cahill said. “More than political conservatives, they’re psychological types, and they’re psychological types with religion. Anyone who grew up in any religion knows these people.”

These fixations on doctrine were rooted in an essential part of human nature, Cahill said, alluding to the books he’s written on the Bible and religious figures and his series on Western civilization. “I’ve come to the conclusion that there are only two movements in the world,” Cahill said. “One is kindness, and the other is cruelty. I don’t think there’s anything else, really.”

This cruelty manifested itself in religion as exclusion, he said. “That’s not how Jesus spoke,” Cahill said. “Jesus is the one who lifted the weeping prostitute off the floor and said, ‘Your sins are forgiven you.’ He had no problem with sexual deviance of any kind. It’s we who have that problem.”…”

Contrast this to the Gospel of Ayn Rand. There is a reason the far right, Christian Reconstruction movement prefers to worship Ayn Rand instead of Christ. There’s a very good reason. There is a direct connection to the Gospel of R.J. Rushdoony and the libertarian movement. He was a staunch libertarian. He was also a very loyal member of the John Birch Society. The two groups work hand in glove, even today. In fact, Big Daddy Koch (the one with the brains) was one of the leading lights of the original John Birch Society, racism and all.

“…Biblical illiteracy is what has allowed the Republican Party to get away with shaping Jesus into their image. That’s why politicians on the right can get away with saying the Lord commands that our healthcare, prisons, schools, retirement, transport, and all the rest should be run by corporations for profit. Ironically, the Republican Jesus was actually a devout atheist—Ayn Rand—who called the Christian religion “monstrous.” Rand advocated selfishness over charity, and she divided the world into makers versus takers. She also stated that followers of her philosophy had to chose between Jesus and her teachings. When the Christian Right believes it’s channeling Jesus when they say it’s immoral for government to tax billionaires to help pay for healthcare, education and the poor, they’re actually channeling Ayn Rand. When Bill O’Reilly claims the poor are immoral and lazy, that’s not Jesus, it’s Ayn Rand.

The price this country has paid for biblical illiteracy is measured by how far we’ve moved toward Ayn Rand’s utopia. In the past three decades, we’ve slashed taxes on corporations and the wealthy, destroyed labor unions, deregulated financial markets, eroded public safety nets, and committed to one globalist corporate free-trade agreement after another. Rand would be smiling down from the heaven she didn’t believe in….”

Rand and her psychopathic nature are perfect for Rushdoony, who wrote: