Part I: The Problem With ‘Christian’ Reconstructionism 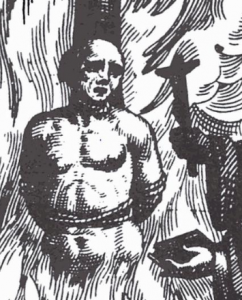 “…”The creation mandate was precisely the requirement that man subdue the earth and exercise dominion over it. There is not one word of Scripture to indicate or imply that this mandate ever was revoked. There is every word of Scripture to declare that this mandate must and shall be fulfilled. Those who attempt to break it shall themselves be broken.” (Rushdoony, The Institutes of Biblical Law, 1973, p.14)

In order to understand the conservative world’s revulsion with Pope Francis, his ‘revolutionary’ ideas of following the Sermon on the Mount, and the teachings of Christ, it is necessary to understand how the far right has been manipulated, brainwashed by a specific religious heresy that is nothing more than a dangerous cult.

There are still those within the far right home schooling Vision Forum cult members, etc. who are having problems dealing with the fact that their fearless leader, Doug Phillips, not only sinned, but the person with whom he sinned.  Doug Phillips, scion of arch-conservative Howard Phillips, was raised on the writings of Rousas John Rushdoony.

“...Contrast that with Vision Forum, which prided itself on changing every part of culture through Christian alternatives to every part of culture. Politics? We got ‘em. Films? Sure thing. American Girl dolls? Try our Titanic doll. Books? Our hardback vintage ones are better and the heroes are more relatable for homeschoolers.

But more than just that, Vision Forum is the brainchild of Christian Reconstructionism, which is, in a bastardized summation, Reformed thinking + white dominionism reduced down to racist, sexist culture-change moonshine. [If you need a better summary, let me know and I’ll find one. I don’t have the emotional resilience today to take Reconstructionism very seriously.] The point of it seems to be that culture must be 100% fixed to match OT “Biblical” standards, and I mean that — if you dig deep enough, you start finding that their leaders wrote treatises endorsing stoning of rebellious children and race-based slavery. And these guys are speaking at YOUR local homeschool convention.

My point, however, is this: they are highly rational. They believe theology can and should be systematized. They believe that science, done right, will prove creationism. They believe in the ideology not because it fixed their need for a religious addiction (which is my theory about SGM), but because they needed rational fundamentalism more deeply than they needed to be human….”

In fact, he patterned his Vision Forum cult on the writings of Rushdoony, who created his cult structure around the John Birch Society.   Basically, they consider themselves ‘Christian’ libertarians.  The movement actually had its roots in 1935, when Rev. James Fifield, of Chicago, formed the Mobilization for Spiritual Ideals.  He felt that American ministers needed to begin preaching the 8th Commandment:  Thou Shalt Not Steal – via government, etc.

“...In order to undermine government-sponsored economic redistribution, the ministers and laymen Fifield hired focused on the spiritual causes of poverty rather than the social concerns of the Social Gospelers. The New Deal and the conflicts with the Nazis and Soviets were manifestations of humankind’s rejection of God’s divinity for that of a centralized bureaucracy. An all-powerful bureaucracy, they warned, usurped the “Christian principle of love” with the “collectivist principle of compulsion.” Beginning in 1949, the Christ-centered free market ideals of Spiritual Mobilization reached nearly fifty thousand pastors and ministers via the organization’s publication, Faith and Freedom. With the rhetorical flare of such libertarian luminaries as the Congregationalist minister Edmund A. Opitz, the Austrian economist Ludwig von Mises, and the anarchist Murray Rothbard, Faith and Freedom moved many clergymen to embrace its anti-tax, non-interventionist, anti-statist economic model….”

In the 1930s, during the Great Depression, what was known as the ‘Social Gospel’ began, primarily as way of dealing with the poverty of the depression.

“…. The movement applied Christian ethics to social problems, especially issues of social justice such as economic inequality, poverty, alcoholism, crime, racial tensions, slums, bad hygiene, child labor, inadequate labor unions, poor schools, and the danger of war. Theologically, the Social Gospellers sought to operationalize the Lord’s Prayer (Matthew 6:10): “Thy kingdom come, Thy will be done on earth as it is in heaven.” They typically were post-millennialist; that is, they believed the Second Coming could not happen until humankind rid itself of social evils by human effort. The Social Gospel was more popular among clergy than laity. Its leaders were predominantly associated with the liberal wing of the Progressive Movement and most were theologically liberal, although they were typically conservative when it came to their views on social issues…”

There are those who believe that the Civil Right’s Movement of the 1960s was the logical heir to the Social Gospel.  In many ways the Social Gospel was an antidote to the teachings of the famous Evangelist Dwight Moody, who felt that the poor were too particular in what charity they received.  He felt that social aid distracted people from the message of the Gospel.

“…D L Moody believed strongly that charity and evangelism naturally go together: “I go to a poor sinner with the Bible in one hand and a loaf of bread in the other.” The most compassionate care for the needy should foremost to care about their soul. Coming to Christ inevitably led to moral uplift; to taking personal responsibility for oneself and one’s family; to stability in the home that is the key to resolve a multitude of social pathologies—including poverty. “Seek ye first the Kingdom of God, and His righteousness; and all these things [material sustenance] shall be given to you.”…”

He also wrote, in Chapter XII of his book, Pleasure & Profit in Bible Study:

“...Then take the promises of God. Let a man feed for a month on the promises of God, and he will not talk about his poverty, and how downcast he is, and what trouble he has day by day. You hear people say, “Oh, my leanness! how lean I am!” My friends, it is not their leanness, it is their laziness. If you would only go from Genesis to Revelation, and see all the promises made by God to Abraham, to Isaac and to Jacob, to the Jews and the Gentiles, and to all His people everywhere; if you would spend a month feeding on the precious promises of God, you would not go about with your heads hanging down like bulrushes complaining how poor you are; but you would lift up your heads with confidence and proclaim the riches of His grace, because you could not help it. After the Chicago fire a man came up to me and said in a sympathizing tone, “I understand you lost everything, Moody, in the Chicago fire.” “Well, then,” said I, “some one has misinformed you.” “Indeed! Why I was certainly told you had lost all.” “No; it is a mistake,” I said, “quite a mistake.” “Have you got much left, then?” asked my friend. “Yes,” I replied, “I have got much more left than I lost; though I can not tell how much I have lost.” “Well, I am glad of it, Moody; I did not know you were that rich before the fire.” “Yes,” said I, “I am a good deal richer than you could conceive; and here is my title-deed, ‘He that overcometh shall inherit all things.’” They say the Rothschilds can not tell how much they are worth; and that is just my case. All things in the world are mine; I am joint heir with Jesus the Son of God. Some one has said, “God makes a promise; Faith believes it; Hope anticipates it; and Patience quietly awaits it.”…”

Rushdoony was a libertarian.  In 1965, he founded the Chalcedon Foundation.  One of his students was Gary North, who became his protege.  North believes in what he calls ‘theonomy’ – a mixture of church in state of ‘God-rooted law‘. North’s protege included a little known bust-head of a politician from Texas:  Ron Paul.  North and Rushdoony had a falling out in 1981, and never spoke to one another, again.  Not to worry, split they could do twice the damage.

“The significance of Jesus Christ as the “faithful and true witness” is that He not only witnesses against those who are at war against God, but He also executes them.” (The Institutes of Biblical Law page 574).

What Rushdoony created is a perversion of the teachings of Christ.  The series concludes tomorrow, as we get into just what hatred Rushdoony has created.