Part I: The Heresy of Patriarchal Christianity 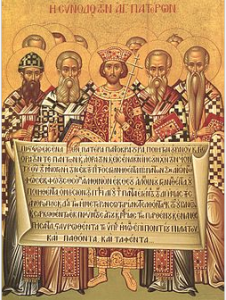 “…”This means, as we have seen in the commands of Scripture, that we restrict citizenship to those who, because they are committed to the Covenant of Disciples of Jesus Christ, are willing to submit themselves to serve in the roles of responsibility in choosing leaders who will preserve God ordained order.”…” David Whitney

The other day, some godly man left a note for Captain Carey Steacy, an airline pilot with 17 years of experience.  He stated that the cockpit is no place for a woman, because the Bible says it isn’t.  Women should be at home, raising their children.  This is their mind-set.  These individuals are becoming increasingly more vocal and more powerful.  They demand their women be submissive, modest, and maybe not even vote.   David Whitney is a minister out of Maryland.  He is also has a history wit the racist Constitution Party.  He is running for a county council seat.  His take on the world is that God’s laws circumvent the Constitution.   Oh, he’s also involved with neo-Confederates.

One of the worst aspects of Patriarchal Christianity is Complementarianism, which is the belief that, while man and women were created the same, they were also different, complementary to one another.  Because of this, men must take leadership rolls not only in church, but in the home, marriage, family, and in life.  Women are to work along side their mates, as helpmeets. In order to legitimize this position, even the Southern Baptist Council for Biblical Manhood and Womanhood has began to adapt a form of heresy, where the Holy Trinity has been perverted into the heresy of Simi-Arianism.

“…Peter Schemm, a member of the Council for Biblical Manhood and Womanhood, argues that there is room within Christian orthodoxy for the belief in “the eternal subordination of Christ.” He argues that people like Giles (and me) who oppose “eternal subordination” and view it as semi-Arianism are simply speaking too harshly for “there is room for both views within evangelicalism.” It is ironic that those who have an affinity for calling conservative evangelicals who disagree with them “liberal” are now proposing tolerance and acceptance of their unique views of the Trinity. I do believe that we should accept our brothers (and a few sisters) in Christ who are arguing for “eternal subordination,” and we should always treat them with Christian love and respect, but we should never be shy to challenge their unorthodox views of the Trinity…”

Women are not allowed to be ministers. They may teach to men.  They are to be subordinate to men.  According to Albert Mohler, a Southern Baptist theologian, the same rules that demand women not be allowed to teach to anyone but women, under a man’s supervision, and the requirements that they cannot be ordained also apply to the ordination of divorced persons and homosexuals.

“…Ezekial, I wanted toadd this paragraph from your link because Knight has been very influential in CBMW circles: This novel teaching was first enunciated by G. Knight III in his highly influential 1977 book, New Testament Teaching on the Role Relationship of Men and Women (Baker, 1977). He argued that the God-given permanent subordination of women in role and authority in the church and the home was supported and illustrated by the Trinity. For him, the Son is eternally subordinated in role and authority to the Father, despite the fact that the Father and the Son are both fully divine. He thus spoke of a “chain of subordination” (33) in the Father-Son and the man-woman relationship, and of an eternal subordination of the Son that has “certain ontological aspects” (56)….”

In order to legitimize their abuse of women, of making them subservient to men, the entire concept of the Holy Trinity must be changed, perverted, and cast aside in what is basically the heresy of Arianism.  The problem, originally, became so bad, in 321, the Emperor Constantine called the First Council of Nicaea to combat the  heresy.

“...This new teaching on the Trinity came to full fruition in 1994 with the publication of W. Grudem’s, Systematic Theology: An Introduction to Biblical Doctrine (Zondervan, 1994). Two chapters in this book outline his doctrine of the eternal subordination of the Son in function and authority. The impact of this book on evangelicals cannot be underestimated. Over 130,000 copies have been sold and the abridged version, Bible Doctrine (ed. J. Purswell; Zondervan, 1999), with exactly the same teaching on the Trinity and women, has sold over 35,000 copies. For Grudem the Son’s role subordination, like that of women, is not a matter of who does certain things as we might expect on seeing the word “role,” but rather a matter of who commands and who obeys. He writes, “the Father has the role of commanding, directing, and sending” and the Son has “the role of obeying, going as the Father sends, and revealing God to us” (Systematic Theology [Zondervan, 1995] 250) These words disclose the key issue; that is, the Son is eternally set under the authority of the Father. Grudem insists that this understanding of the Trinity is historic orthodoxy (cf. his latest book, Evangelicals, Feminism, and Biblical Truth [Multnomah, 2004] 405-43). It is, for him, what the creeds and the best of theologians have maintained throughout church history.

This hierarchical understanding of the Trinity has now almost won over the conservative evangelical community. Most evangelicals seem to believe this is what the Bible and “the tradition”—that is, the interpretive tradition—teach. However, I am also an evangelical, but I am convinced the opposite is the truth. The Bible (Matt 28:19; 2 Cor 13:13; etc.) and the interpretative tradition summed up in the creeds and Reformation confessions speaks of a co-equal Trinity where there is no hierarchical ordering.

One of the great problems of ‘Biblical’ Patriarchy is that, in order to maintain a cult that demands women be submissive to the men in their lives, they must twist Christianity into a pretzel.  The reason the cult has been adopted is to fight feminism and the women’s lib movement.  In other words – this is about keeping the little woman barefoot and pregnant. Along with it, the practitioners of it have a very low opinion of women, an opinion which is only becoming increasingly distorted to the point where there are those who now think that a man must intercede for his wife.

“...I consider James B. Hurley’s book Man and Woman in Biblical Perspective to be the single most important book on the New Testament by a New Testament scholar in defense of the traditionalist evangelical view of male headship and female submission.  In my estimation, the most critical juncture in the whole book for the understanding of male headship occurs in Hurley’s struggle with Paul’s phrase “but the woman was deceived” in I Timothy 2:14 and its use of Genesis.  Hurley states that “we may similarly dismiss the likelihood that Paul was saying that all women are gullible . . . and therefore are untrustworthy teachers.”[26] Yet, and I struggle to be fair with Hurley, it seems that he goes on to present an argument which says, in essence, that all women are indeed gullible.  Hurley states that Paul’s point in 1 Timothy 2:14 could be paraphrased as follows:

The man, upon whom lays responsibility for leadership in the home and in religious matters, was prepared by God to discern the serpent’s lies.  The woman was not appointed religious leader and was not prepared to discern them.  She was taken in.  Christian worship involves re-establishing the creational pattern with men faithfully teaching God’s truth and women receptively listening. [27]

I find it difficult to understand this in any other way than as an assertion of male headship and female submission that is based on a view that God created women in such a way that they are gullible.  In Hurley’s words, “not appointed religious leader and . . . not prepared to discern . . . [the lies of the serpent.”[28]

A final example here would need to be, of course, the virtually official interpretive book of the Council of Biblical Manhood and Womanhood, Recovering Biblical Manhood and Womanhood: A Response to Evangelical Feminism, edited by John Piper and Wayne Grudem.[29] The editors wish to identify their position as one of complementarity, which I understand to be the position of Susan Foh described earlier.  This position is held in distinction from what these persons identify as the traditionalist position, which they see as wrongly arguing for the inferiority of women.  For example, the title of chapter three, written by Raymond C. Ortlund Jr., may be paradigmatic for this perspective: “Male-Female Equality and Male Headship: Genesis 1-3.”…”

For 1700 years, Christians have believed the following:

We believe in one God, the Father, the Almighty, maker of heaven and earth, of all that is, seen and unseen.

We believe in one Lord, Jesus Christ, the only Son of God, eternally begotten of the Father, God from God, Light from Light, true God from true God, begotten, not made, of one Being with the Father. Through him all things were made. For us and for our salvation he came down from heaven: by the power of the Holy Spirit he became incarnate from the Virgin Mary, and was made man. For our sake he was crucified under Pontius Pilate; he suffered death and was buried. On the third day he rose again in accordance with the Scriptures; he ascended into heaven and is seated at the right hand of the Father. He will come again in glory to judge the living and the dead, and his kingdom will have no end.

We believe in the Holy Spirit, the Lord, the giver of life, who proceeds from the Father and the Son.

With the Father and the Son he is worshiped and glorified. He has spoken through the Prophets. We believe in one holy catholic and apostolic Church. We acknowledge one baptism for the forgiveness of sins. We look for the resurrection of the dead, and the life of the world to come. Amen.