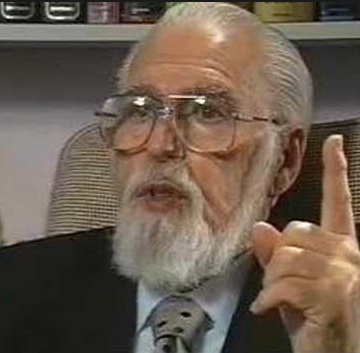 One of the very real problems is that the Rushdoony corruption of Christianity has been slow and effective.  I was talking to my mother the other day.  She is a strong, pillar of faith kind of person – the kind you want praying for you.  She could not believe any of this.  Her comment was that people who are Christians cannot fall for this, that anyone who believes this sort of thing is not really a Christian.

“...”Several young men asked how it was that I believed that they would not stand before God … to give an account and to intercede for their wives,” she wrote on her blog. “I was incredulous.” “I was not talking to people who were in the formal patriarchy movement, as I would anticipate this response,” she wrote. “THESE WERE BAPTIST SEMINARY STUDENTS! Where and how and by whom were they taught that they would stand before God as an intercessor for their wives? It grieves me to think about this and the three young men who asked these earnest questions of me. And I don’t know how any believer in Christ could actually think that as a creature that is unable to sanctify themself would presume that they could sanctify or intercede for another human being, female or otherwise. This experience, for me, really demonstrated the insidious and subtle effect of these teachings, because that kind of reasoning makes sense if one believes that woman is ontologically, or by essence, lesser than man.” …”

After I read the above paragraph to my mother I explained the boiled frog theory. If you put a frog in hot water, it’s going to jump out, and escape.  If you put a frog in a pot of nice tepid water where the heat is gradual, he’s just going to sit there and boil to death.  The same thing is holding true with millions of Christians here in the US.  The brainwashing and take-over has been so gradual, churches that were once theologically sound now are basically promoting what can only be stated as pure heresy – pure evil.  When you teach against Christ, it is evil.

There are times, in this crazy, mixed-up world of the extreme right, Rushdoony based religion when a person just needs to sit back and scratch their head and say a prayer of thanks that the liqueur is stored beyond arm’s reach. I had one of those moments as I write this paragraph.  Kevin Swanson considers feminism to be a sin.  One needs to repent of it, in order to get to his version of heaven.   Maybe he has a different version of the Ten Commandments than normal Christians do.

He goes on to rant and rave and say that feminists don’t rally like the passages in Timothy where they are told to sit down, shut up, and basically become a man’s submissive slave.  The problem with people like Swanson and his ilk is they are incredibly ignorant.  They make a huge game of playing with translations and words, but they don’t bother with history or sociology.  They don’t bother with context.  They also like to pick and choose which definition of a word they use.  As you read this post, please keep one thing in mind. They are basing almost all of their theology on 1 Timothy 2: 11-12.

1 Timothy 2: 11-12  Let a woman learn in silence with full submission. I permit no woman to teach or to have authority over a man; she is to keep silent.

I will admit, I have a tendency to concentrate on what these so-called ‘godly’ men are trying to do to women, and how they are corrupting the role of women in the Bible.  I’m a woman.  I’m a feminist.  I’m a Christian.  I was raised by a very strong female role model, who was raised by very strong female role models who had no problems with women being strong, feminist, and Christian.  Evidently the only people who do are very pathetic, petty little men. According to Catherine Koeger:

It becomes overwhelming clear from the the well-documented culture of Ephesus coupled with the original word meanings used in 1 Timothy 2:11-12, that this mandate is not a prohibition against all women teaching/preaching/leading in the church. It’s simply absurd to keep gifted and qualified women from teaching the truth of the gospel, leading church bodies in the ways of Jesus, or simply contributing their gifts by vocally participating in the gatherings of the entire body because of a verse that was originally a disciplinary action against women at Ephesus. who were lead astray by false teaching….”

For the past few months, I’ve been discussing the absolute disaster that has over-come much of organized Christianity here in the United States.  Too organized to have been by accident, what we have is is a serious disaster that is already in the making.  It began in the mid-1970s by J. R. Rushdoony, then Gary North, and now continues through a good 70%-80% of the Christian Right.  It is an absolute corruption of the Bible and the teachings of Christ to the point where there are now tales that young seminary students – Baptist seminary students at that, actually think that the man, the husband is to atone for his wife’s sins, to profess them, and to receive forgiveness for her.  The woman is now no longer capable of professing John 3:16.  She has now become so submissive and such a second class individual that her soul is no longer on the par with her husband.

There are sociological and cultural demands now being brought into mainstream culture, with so-called ‘godly’ men and a few ‘godly’ women who have been elected, though-out the country doing their best to impose theonomy – or God’s kingdom on Earth, with the heretical views of J. R. Rushdoony on everyone.  They know best.  Because these so-called ‘godly’ men have been anointed by their version of God, they have His authority to speak for Him, on Earth.

“...“And as I’ve gotten older and attend weddings as my job, I’ve seen that some of the most radiant and strong Christian women I know believe the lie that it’s okay to show a little cleavage on your wedding day if that’s how the dress is supposed to look. The guy staring at you up front is about to be your husband anyway, so it’s okay. Nevermind all the other men in the room.”

“Just the other day my husband’s good friend told him that he is dreading spring and summer because of the way women dress. Between work, facebook, or simply going to the grocery store, it can be a non-stop battle for the men in our life during those hot summer days when we are simply just trying to stay cool. My brother eventually deleted his facebook account for a couple years just because those seemingly harmless photos posted by his girl friends had turned his facebook into something more harmful than beneficial. I’m proud of him for doing something that bold to protect himself. Women love to dress up to even just go to church, and sadly the place where men go to worship and focus on Christ is hardly a safe haven from the physical temptation that we as sisters in Christ are not careful enough to prevent.”

“But it’s also not fair that men are so much more stimulated by what they see than we are and they can’t control what we wear. Only we can.”

“I’m not writing this to harshly judge anyone. I’m writing because I believe more women who claim to follow Christ and pursue His holiness need to be reminded that dressing modestly is just another part of that process. They aren’t separate. And to the one or two men that might possibly still be reading this: please don’t be afraid to tell us the harsh truth that we need to hear to protect YOU. We won’t get it until you tell us.”…”

Accordingly, these new ‘godly’ and orthodox men have proclaimed that feminism is ugly.  Women are to do what they are told, eat what they are told, and weigh what they are told.  They only need to be educated enough to follow their ‘godly’ husband’s orders when running his household.  They are to submit, cook, have a baby a year, be a help-meet, and look at him adoringly.  When he abuses them, they are to thank him.  He can whip them.  The reason he is a failure is because they are failing to adore him.