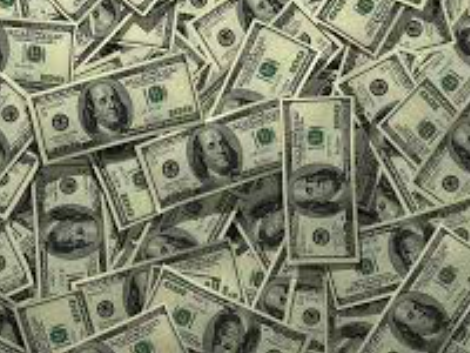 I’ve been telling you, for ages, that low oil prices are good for the consumer.  According to Bloomberg, so far, the billionaires and speculators have lost over $3 trillion since the price of oil began to normalize where it should be.  It constitutes what is called the largest transfer of wealth in history – back to we the little people.  It hurts the Koch Brothers, which is a very good thing.

Yet, if you listen to the news, low oil prices a catastrophic.  They don’t quite comprehend the fact that we the little people are so financially bruised and battered, it is going to take many years for us to regain what we once had. For many of us, this will never happen.  That is the reality of the Obama Economy.  The irony is that the liberal controlled media will say nothing to disturb the man’s dubious legacy and the conservative media has their undies in a wad because the likes of Koch Brothers are hemorrhaging money.

“…On the face of it, although the US seems to be a huge beneficiary of lower oil prices, deeper analysis shows the situation to be a bit more complex. Though the US is the second largest importer https://thepinkflamingoblog.com/files/2016/02/02/of oil, it is also the second largest producer of oil and there has been a significant increase in us oil production over the past 5 years, mainly due to the use of newer technologies such as fracking. while lower oil prices will benefit consumers in terms of increased savings that are likely to increase consumption and result in an uptick in the gdp, they are also likely to hurt u.s. shale oil producers in the long term — who according to estimates need oil prices to be above US $60 to break-even — and lead to lower associated investment. Lower oil prices will also negatively affect the profitability of US energy companies such as Exxon, Chevron etc. (To read more about the shale resources in North America, see article: Guide To Oil And Gas Plays In North America: Shale.)…”

I gather they don’t quite comprehend the fact that shale oil production is an ecological disaster.

What this is proof of is a total and complete disconnect between the ruling classes of we have the money, and the insignificance of we the little people.  We are only seeing a little price relief at the pump.  Thanks to Obama’s heavy-handed handling of the drought in California due to a stupid extinct minnow, we are paying far higher prices at the grocery store than we did before he became POTUS.  The Saudis have a serious crises.  Their economy is crashing.  Politically the country could be pushing a civil war.

It is just amazing how the economic class of the world just doesn’t quite grasp the fact that there are people who find that having that single extra dollar can lead to putting food on their table or not.  But, they don’t appear to give a damn.