Not Sedition Nor Terror, Just Stuck on Stupid 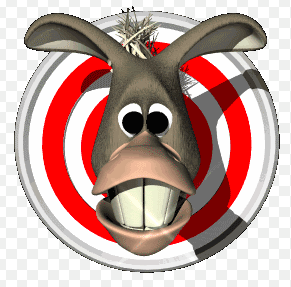 This isn’t about the latest crack-up of the Bundy Clown Car.  It isn’t about the Hammond family, who may or may not have been given a bad break.  If CNN is right, and they were burning brush on their property and it spread to BLM land, then they are not being treated fairly.  If the other side is right, and they were committing arson on BLM lands, to cover up poaching, then they are guilty.  They don’t deserve five years in prison for it.  The Bundy scions, on the other hand, deserve having the proverbial book thrown at them.

If you  listen to the left, we’re dealing with domestic terrorists occupying a federal building.  It sounds terrible.  What they neglect to mention that the so-called federal building is an empty visitor’s center on an isolated wild-life refuge.

They are being compared to ISIS.  When you mention those making that claim that they’re not raping women, beheading anyone, nor slaughtering thousands, you are called a fool.  What is truly disturbing is that those who are making this comparison are the same individuals who think anyone criticizing Islam is a racist.  Not quite grasping the reality of what is going on in the world, they are convinced that white, Christian, conservative males are the most dangerous entities in the country.  Unfortunately, they are being spoon-fed this information by an Administration that is gradually losing its grasp on the realities of the world.

There is some internal polling which puts Donald Trump’s support within the black community at 30%.  I would be absolutely shocked if this were accurate.  I know it isn’t.  But – if the numbers are even half of 30%, to 15%, the Democrats are in huge trouble.  Before the Charleston horror, I think we were seeing signs that the Dems were starting to lose their grasp of various minorities in this country.  One of the reasons the left is pandering to Muslims is they vote at least 90% Dem.  They’re trying to give us overly inflated numbers of how many Muslims are in the country.  Currently, they make up about 0.9% of the religious affiliate in the country.  They keep stating that those numbers are going to double in the next 20 or so years.  That would make the population no greater than 3% of the population.   Someone is losing their grip on reality, and I don’t think it is the far right.

Evidently, the left has a very serious problem with white men and women, middle class, Christian, who don’t have a college degree, and are just normal people.  They make up something like 46% of Trump’s supporters and about 46% of the population of the country. This is the group they have chosen, at their own risk, to demonize. The problem is these people are the ones who elected Ronald Reagan, twice.  They are called Reagan Republicans.  Half of them are Democrats.  What the Dems don’t quite grasp is the fact that, like 1980, these are the same people who are not having a good life.  They have seen their income drop.  Their health insurance is through the roof and unusable for the most part.  Food is more expensive.  Their homes are worth far less than they were in 2008.  They are sliding from middle class into poverty, very slowly, and very disheartening.  All the GOP nominee needs to do is look into the camera and, during that final debate, ask “Are you better off than you were in 2008?”  Contrary to the propaganda put out by the Administration, few of us are.

What I find so amusing about the progressives who are rabid over the Bundy stupidity are the very same men and women who are outrageously active in their support for Black Lives Matter.  They have no problem disrupting stores, shopping malls, airports, and entire towns.  They make excuses for burning buildings and looting entire communities. The praise occupying Wall Street and disruptive protests.  They celebrate the toppling of Confederate statues and vandalizing of Confederate graves. Let twelve stupid fools ‘occupy’ an empty ‘federal’ building in the middle of nowhere, and they lose their minds.

If their hypocritical hyperbole is any indication of the upcoming election year, it is going to be very interesting.  It is quite obvious there are progressives who are literally so full of hatred of the right that they will do almost anything to silence stupid, uneducated, white, conservative, Christians. They are becoming a little blatant in their hatred.  And – it is hatred.  I’ve been involved in politics most of my life.  I’ve never seen anything like their hatred of the right.

As for the Bundy clan, just put it on the tab they already owe the feds. They can work it off in prison.  We all know the Bundys are a bunch of racists.  We’re now finding the far left, has a lot in common with them.  They’re also a bunch of hate-filled bigots.