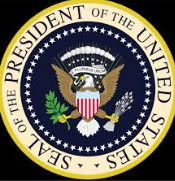 At the risk of being hated because that annoying song from The Sound of Music, will now be haunting until mayhem results, it’s time to talk about my favorite thing.  Oh, I have a list that includes baritones, opera, baseball, barihunks, Louis Vuitton, Tombstone, England, opera, baritones, oh, I’m repeating myself… and tada… Presidential Politics.

The Silly Season appears to have ‘officially’ begun on Sunday, when Hillary Clinton delivered a personable (tanned, rested, ready, new plastic surgery) and very populist speech in Iowa. She admitted that she was ‘thinking’ about IT.  Admitting that one is ‘thinking’ about IT is tantamount to admitting one is running for IT.  Let’s be honest here.  It will take a heck of a lot to keep her from doing IT, and it sure ain’t Benghazi.

We all know that Jeb Bush is contemplating IT.  Frankly, I’m not sure he will.  If he takes his mother’s advice he won’t.  The GOP base is too nasty for him, this day and age.  Besides Mittens is all over the place saying he is not going to do IT, which means he is planning on IT.  The man is such a vicious and narcissistic psychopath that he’s going to obliterate anyone who gets in his way.

On Monday, Mike Huckabee admitted that he was thinking about IT.  We know that Rand Paul is going for IT.  So is Ted Cruz.  Peter King has expressed an interest.  So has Chris Christie.  On the surface, the GOP bench looks – well, pathetic.  Guess what, it is.  So is any though of Paul Ryan planning a run.

At the risk of bring the Third Term Curse upon his head, Joe Biden appears to be planning on a run.  So might be Bernie Sanders.  The one person so many of us would love to see have at it is Elizabeth Warren.  I don’t think she will.   She’s not well enough known, has a solid fan base, but was very seriously damaged when the extreme right went after her claiming she was not part Cherokee, which she has proved, she is.

Quite frankly, I think the GOP bench is becoming a bit shallow.  They’ve over-played their hand when it comes to religion, libertarian cruelty, Christian Reconstructionism, Submission, and their ongoing War on Women. The Koch Brothers are over-playing their welcome.  Rush Limbaugh is now more a hindrance than a help.  The fact that Mike Huckabee is thinking about IT is rather interesting.  Is this the way FOX News is going?  Huck has very close ties with Bill Gothard, which in itself, is quite alarming.

Never fear, this is a battle for the ‘soul’ of America, or at least it is in the vicious and calculating brains of the fake Christian cult created by R. J. Rushdoony, and moderated by Scary Gary North, and promoted via Ron Paul, and his little boy, Rand.  Ted Cruz is scary Christian Reconstruction.  He is so scary that it is scary, in itself.  Make no mistake, the so-called War on Women is just that, designed to bomb women back into the stone age, and created by Rushdoony and North.  It is tied in with ‘Biblical’ submission of women (which doesn’t exist in the Bible).  The United States must be reclaimed for Calvinism, and turned into a theocracy, to bring about God’s Dominion on Earth.  Their machine, made up of minions of the extreme right, KKK, John Birch Society, Militias, Tea Party Patriots, League of the South, and so forth and so on, have been emboldened by tapping into what remains of racial hatred in this country.

Unfortunately, thanks to the miscalculations of Rush Limbaugh, FOX News, and the Brother’s Koch, these people now control the GOP.  They control the conservative media.  They control the message.  They are the single greatest reason Hillary Clinton, who is now the ‘front-runner’.  Hatred is a wonderful tool, for so long, then it starts to backfire.

The speech she gave in Iowa, on Sunday, was designed to appeal to the woman’s vote.  Smart move.  Women are dumping the GOP faster than Minnie Mouse leaving a sinking boat in It’s a Small Small World.  I know I have.  If Hillary keeps up with the kind of speech she gave, and appeals to women, she’s going to pull off the nomination, and just maybe the whole thing.  I’d vote for her.  I would rather see Elizabeth Warren run.  I like Bernie Sanders, which is something I never thought I would ever say.  Yes, I have gone from conservative to liberal.  I want to support a viable liberal.

That brings us to the Third Term Curse. If this happens, then, in 2020, just plan for more of the same from the GOP in the way of Paul, Ryan, and Cruz.  None of them are bright enough to run for dog catcher, let along be in the House or Senate, but they are.  The GOP doesn’t have any up and coming, rising stars.  They’re tainted by the Koch Machine.

As far as being tainted, there’s Rick Perry.  Just remember, an indictment is not a conviction, right?  Once upon a time, the GOP would make fun of the Dems and their scandals.  The Dem roster, this year is basically squeaky clean compared to the GOP.

There are possibilities that a Democratic governor or two might get involved in IT, but they don’t have the star power.  Hillary Clinton is a machine.  They’re better off waiting.  They do, and they are going to contend with who just may be the real up and coming star, Mark Kelly.  I’m waiting for him to run.  He has my vote, after all, he is a rocket jock, and he has endeared himself to women throughout this nation by standing by his wife.

Just sit back, grab the popcorn, and start handicapping the races.  It really doesn’t matter which party or who you support, it’s the circus that counts.  It’s a blood-sport, dirty, vicious, and mega fun.  Two years from now, we’re going to be knee deep in you know what.  Frankly, I can’t wait.  Anything can happen. It’s politics.  That’s what we live for, right?