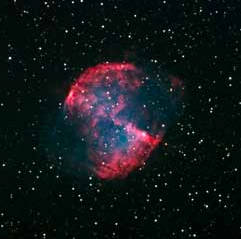 Rumor is Marco Rubio’s wife called the wife of Ted Cruz, begging her to talk him into quitting the race for the GOP nomination, for the sake of the party.  Granted, I don’t like Ted Cruz, but what she did was above and beyond the call of duty.  It was nothing short of bullying, and a sign of the increasing desperation on the Koch Right.  For some strange reason, Marco Rubio, who has only one accomplishment in life, stabbing his mentor Jeb Bush in the back, is the anointed one.

Rubio is anointed up to a point. Rumor has it there was a meeting on Thursday night, of Koch pimps and whores, who have pledged their soul to the Brother’s Koch, Chuck and Dave.  Allegedly, upward of $75 million has been pledged to destroy Donald Trump.  Alleged also is that they will be putting Mitt Romney’s name onto the primary ballot in New York, New Jersey, Illinois, and California.  Allegedly his name is the gold standard, and disenfranchised little Koch heads will flock to him, voting for him instead of Trump, thereby brokering the convention, where like a Mormon Messiah, Mitt Romney will drive in, his dog tied to the roof of his station wagon, and save the day.

It is, they say, the only way to save the GOP.  It is the only way to save the Koch influence in the GOP, that is.  If they were to pull a stunt like this, I think it would destroy the GOP faster than Bernie Sanders could claim Vermont for revolutionary marxism. Rupert Murdoch is in on it.  Funny thing, that.  Now that FOX News is trying to destroy Donald Trump, their viewership is down by 50%.  And, that is a very good thing.  Once a person turns off FOX News, enlightenment begins.  The beautiful irony is that they are now watching MSNBC, where Melissa Harris-Perry is having a snit fit because her show has been preempted for evil Republicans and Trump voters.

Are we  having fun yet? You bet your sweet bippie we are!

What I find amusing is the ploy to push Rubio, when Cruz actually has a better chance to shag some delegates, while Rubio has about a snowball’s chances in hell.  It highlights the total disconnect the Koch Machine wing of the GOP has with reality. Granted there is little to do with the Trump dog & pony show and reality, but Rubio is off there in fantasy land.

I don’t like arrogance.  Ted Cruz is arrogant enough, but I’ve never seen anything like the audacity of hype in Rubio’s narcissistic con game.  He has turned into this nasty, nipping little rabid chihuahua, trying to take on a pit bull.  It is quite interesting that the Koch Brothers think Mitt Romney, two time loser, can attempt to pull off a win, this time.

Is it possible they don’t want the GOP to win?