Friday Night at the Fights 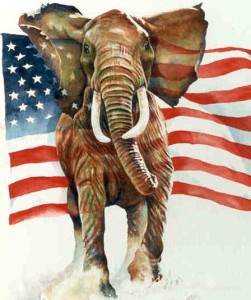 The Pink Flamingo is quickly coming to absolutely and completely hate this election.  It’s no fun.  In fact, this is the worst, most miserable election season I’ve ever known.  I am tired of being attacked, denigrated, bullied, put-down, and constantly under pressure to change the way I think.

And no – it’s not coming from the far right or from Democrats.  It’s coming from within the GOP.

First things first, as a person, a blogger, a friend, or relative, if I’ve been as hurtful to you about your support of Mitt Romney, as many have been to me, then I am completely ashamed of myself.  I have always lived my life with the philosophy that I will do my best to never cause harm to another, either physically, economically, or with my tongue (or fingers on the keyboard).

I have never seen such a vicious political cycle.

I thought the influx of new operatives from the Christian Coalition in the mid-1990s was bad enough.  It as so vicious then, that I was asked never to return to the independent Presbyterian church I’d been attending.  I happened to mention that Barry Goldwater said that anyone who mixes religion and politics ought to go straight to hell.  I may have said it in my official capacity as the county GOP chair.  I may have mentioned it as I watched people who had never before been involved in politics acting like the First Triumvirate, proscribing life-long Republican worker to the political kiss of death.  They weren’t “Christian” enough.

I don’t mind admitting I have experienced something of a bit of vengeful gratification watching the people who took out the old “country club” establishment – the men and women who worked so devotedly to get Ronald Reagan elected, being treated like dirt by the Romney operatives.  It’s rather like the revenge of the country club’s grandchildren.

I’m now discovering I’m on their side, watching a new group of people pushing them into political oblivion.  It was ugly then, and it is even uglier now.  In fact, it is uglier than I’ve ever seen it.  The Pink Flamingo has repeatedly stated the obvious, that those of us who are not supporting Romney are being harassed.  The problem is no one cares.

Frankly, I’m getting sick and tired of being patronized by Romney supporters who absolutely refuse to open their eyes to what is going on in the world.  I have a brother who is furious with me.  I may have lost a very dear friend over the election, but I’m now at the point, after Friday night, where I no longer give a damn.

During the past two weeks I have been approached by two different parties, one wanting to put their codes into The Pink Flamingo (so I could have a better web presence).  The problem is the company listed is a holding company for another company, and has already folded.  I was also approached by another company offering to either buy The Pink Flamingo, or to pay me to allow them to write copy for me.  This has happened to several other bloggers who are not supporting Romney.  The company is also a front for another holding company – and is a scam.  This is not the first time The Pink Flamingo has been approached to prostitute myself online.  That’s what I call it – prostitution.

When I ignore or decline these offers, they are always accompanied, a few days later, by harassment from Romney supporters.  This week has been worse.  The attack that happened on Friday night was unprecedented.  I do know that the individual who was ring-leading the attack has read this blog from time to time.  That’s good.

Fortunately, I have political colleagues who have become quite adapt at investigating these individuals.  I know who you are. .  I also know that, if anything like this ever happens again – I will take legal action against you – even if you do come from a long line of prominent lawyers.  I have an attorney who loves to play David, taking out Goliath.

I don’t want to be harassed by you or your flunkies.  I don’t want my picture sent around to them, so that you can say how I look like a liberal Democrat.  I’m not interested in the fact that you don’t consider Ronald Reagan a good conservative, but Mitt is.

Yes, I know exactly who  and what you are.

What you did was beyond intimidation, good “clean” fun, bullying, and harassment, you took it one step farther, in an attempt to sully, to ruin my good name and my reputation.  You took your little technique to the next level, trying to destroy my good name in front of others besides your little group.  You expanded your harassment to expose and demean me in front of a much larger audience.  By doing this, you have attempted to trash and corrupt a reputation I have spent many years, online, creating.  This has gone beyond political intimidation.  This is now personal.  You are trying to destroy me through my blog, which is tied to my writing and my books.

My good name and my reputation might not be much.  I am not as rich and powerful as is your family, but my good name and my literary and political reputation are mine.  They are not yours to belittle, demean, or destroy, all in the name of trying to force me to support Mitt Romney. This is the United States, for heaven’s sake.  We don’t do this kind of thing here.  Is this what Mitt Romney supports?

You see, as a citizen of the United States of America and a Republican, I have a right to vote for whom I wish.  I have a right to support whom I want, and not be threatened, bullied, or harassed.  You can make fun of me all you want, but when you start circulating the information to others of your ilk, so that they can join the harassing, intimidating, and threatening pile-on, I don’t really like that.

I’ve been a Republican all my life.  I’ve been involved in politics since I was in the fourth grade.  I’ve been in some nasty political battles, but never have I experienced what the supporters of Mitt Romney have done, not only to The Pink Flamingo, but to others.  Even Obama supporters are not this vicious and extreme.

This is intimidation to force me to stop blogging and to shut up and fall goose-step with the great nominee presumptive.  If it were just me, I would say that I was delusional.  Unfortunately, it is not just me.  They are also keeping notes, records, taking names, and have sought legal advice.  I know one person who has met with the attorney general of their state, in order to require this harassment stopped.

Why is my single, puny little vote so important? Why must I be silenced? What are you afraid I might say? Why are you determined to stop my presumed support of Gary Johnson? Why must anyone who opposes Mitt Romney be treated in this manner? Do these tactics come from his campaign, or are you just “helping”? Are we dealing with plausible deniability here? Why is The Pink Flamingo such a threat to you?

I’m not going to stop what I am doing.  The more you bully, harass, and attempt to intimidate, the more pig-headed I become.  I have relatives who are annoyed with me because I won’t set an outrageous sum and sell out to the highest bidder.  I don’t work that way. I’m just dumb enough to be the one person who refuses to acquiesce and give in – for the good of the country.

There is no “for the good of the country” with Mitt Romney.  There are basic truths in life that people need to realize.  When a narrative emerges that is completely contrary to someone, if that person cannot, without a doubt, end the contrary narrative, they have a problem.  When you inwardly cringe with someone says or does something, other people are, also.  This is a cringe worthy candidate who is incapable of bonding with the American people.  He’s too arrogant, superficial, and entitled.  Mitt Romney may be believe this is his destiny, to be POTUS, but a heck of a lot of us do not.

Just because we don’t support him is no cause to accuse us of trying to destroy the country.  Someone, the other day suggested we might ask the same of those blindly supporting Romney.  Why are you so determined to support a man who is going to lose to Barack Obama.  Maybe you are the one who wants Obama to have a second term.

Well, that’s how the attacks on those of us who utterly refuse to vote for Romney feel.  The attacks on us are very real.  They are not imagined.  We have documentation. If I am subjected to one more attack the way I was on Friday, I’m going to take steps to prevent it from happening again.

Yes, I’m hurt that I have friends and family members who don’t think I’m being rational and telling the truth about this.  That’s fine.  Wait until these people go after them, then we’ll see what happens.

The whole intimidation process is very disconcerting.  We live in the United States of America – it is still a free country.  If Romney’s supporters feel that they must do this to get him elected, and silence his opposition, then they have become what we’ve been warned that Obama might be.  You have become worse than Obama and the Democrats.

There are laws against this sort of thing.

And – I’m just dumb enough to be the one who draws the line in the sand.

Once upon a time, Wyatt Earp was alleged to have said, “It all ends, now.”  This is a Wyatt Earp moment.  I’m not a biographer of his for nothing!

Trust me, the way I’ve been treated, harassed and bullied does not endear Mitt Romney to me.  Now, more than ever, I am determined to do all I can to work against him. I’m going to work as hard as possible to see that we take the Senate and that we don’t lose the House.  I’m donating to Heather Wilson in the next election cycle (she doesn’t need it for the primary cycle).

Just one little question:  If Mitt Romney is so beloved and so widely desired within the rank and file of the GOP, why couldn’t he even achieve half of his stated money bomb goal – in twice the time set aside to achieve it?