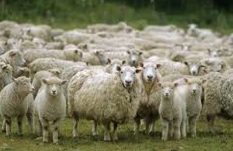 I am the Lord your God, who brought you out of the land of Egypt, out of the house of slavery; you shall have no other gods before me. You shall not make for yourself an idol, whether in the form of anything that is in heaven above, or that is on the earth beneath, or that is in the water under the earth. You shall not bow down to them or worship them; for I the Lord your God am a jealous God, punishing children for the iniquity of parents, to the third and the fourth generation of those who reject me, but showing steadfast love to the thousandth generation of those who love me and keep my commandments. You shall not make wrongful use of the name of the Lord your God, for the Lord will not acquit anyone who misuses his name.

I don’t mind admitting that I have a very real problem with people, allegedly bright, reasonable, fairly well educated men and women, who allow themselves to be drawn into a completely corrupt version of what a religion should be.  They attach themselves to ‘teachers’ creating idols out of them.  In doing so, with people like the now problematic and disgraced Doug Phillips and Bill Gothard, there some who can’t get over the fact that their leaders have fallen.  They still cling to the abusive and brutal teachings Michael Pearl dishes out on a regular basis, no matter how many innocent lives have been lost by his methods.

I read something a bit disturbing the other day.

“...I have said before that I have asked women, home schooling mothers who believe in men as “priests” and authority figures, what should be done if an authority figure molests your children. These patriarchy supporters were completely unwilling to say that children should be kept away from such molesters. They were so hung up not going against authority that they would seemingly rather allow a molester to continue than to risk speaking out – in an imperfect way – against one….”

Maybe I’m just looking for trouble.  Perhaps the problem is my reading list. Perhaps the problem is my skepticism and my cynicism.  Then again, maybe I am just not a follower.  The movement spawned via Christian Reconstructionism is doing a great job turning the once annoyingly independent minded ‘average’ American into a nation of sheep, a nation of followers, and a nation of people ripe to follow the leader, over a cliff.  It is a movement that spawns personalities, makes celebrities out of them.  It is a movement where people are no longer allowed to even question their minister, church, or what they believe.  It is abjectly contrary to everything a healthy Christianity let alone any religion should be.

As a Christian I am a follower of Christ.  I am confirmed in the Episcopal Church – USA.  This makes me a member of the world-wide Anglican Communion, which is under the ceremonial titular leadership of the Archbishop of Canterbury.  It also makes me, like so many other Episcopalians, something of a bastard step-child of the Catholic Church.  If it weren’t for the sticky point of allowing women to be ordained in the Catholic Church, I would be Catholic.

As a member the world-wide Anglican Communion, within the ECUSA, where I live, geographically, is under the organizational leadership of the Diocese of the Rio Grande.  My parish is ECLC – the Episcopal Church of Lincoln County.  Because of location, when I manage to get up in the morning, I attend the Church at Holy Mount.   We have Rector, and additional priests to handle the four churches in the parish.

The Anglican Communion is set up where we do not worship the priest.  We don’t have mega-churches, but we do have cathedrals where they have really nice organs and really good choirs.  They also have a tendency to have interesting book stores.  That’s about it, the only real difference between the cathedral and the local parish church.  We all use the same Book of Common Prayer, the same Bible (New Revised Standard) and the same 1982 Hymnal (red or blue cover).  On any given day of the week, like the Catholic Church, we know what the readings are for the day, the scriptures and the saints.

While there may be some priests who play at the psychopathic, narcissistic, megalomaniac, monster of the Id game, the system is set up with a series of checks and balances to attempt to put a stop to this, once things reach a certain point.  I’ve seen that system in action.  It does work. Ours is a Christ-centered denomination, not a minister centered cult.

The clergy, religion, is a profession where men (primarily men) who often cannot make the grade in the real world, if they are narcissistic enough, can build an empire.  Case in point is Mark Driscoll.  What started out as something of a workable idea has turned into a a cult, pure an simple, where people are taught to worship the leader, and not the Lord.

Christian Reconstruction is basically a new religion, a blending of pseudo-Old Testament patriarchy and nit-picking elements of Christianity, with a healthy dose of the most psychopathic parts of hard-core Calvinism. It was designed to be centered, not around Christ, but around a strong leader, who could use the movement to create a megalomaniac version of heaven on earth, with the anointed being told how to run things.

In order to achieve this goal, certain reasonable traits that normal people have must literally be, over the course of several generations, bred out of them.  Gone is individuality, the ability to think for one’s self, to question the leader, and to understand that, as Christians, we are empowered to lead, not to follow. As an Episcopalian, an Anglican and a wannabe Catholic, I accept the idea of Apostolic Succession, of the Laying on of Hands, and the leadership within the church, itself, that comes, directly from the original Disciples, and from Christ, himself.  As such, I know there are certain limitations that we face unless we are not duly ordained.  But – I also know that by my Salvation, my Belief in Christ, that I am empowered to think for myself, to believe for myself, and as someone who does believe in the confession of sins, that the first commandment is that we are not to have a graven idol.

Idols can be anything from problems to money, to someone we love, and, most frequently, a sport’s team.  We can make our families into idols.  We make our religion into a graven image, and all too often, religious leaders become idols.  When we allow this to happen, guess what – we violate one of the Ten Big Ones!  The very act of allowing a strong church leader, a narcissistic minister to take over our lives is a violation of the Ten Commandments.  They become a substitute for God.

There is no room for Christ.

One of the things that constantly amazes me is the way people within the churches where Christian Reconstructionism has taken precedence over Christ, have a tendency to hang on to that church.  Their lives revolve around it.  They lose all sense of perspective, not knowing when to leave, to get out and to literally save themselves. In the process they subject their families to abuse, degradation, stress, unhappiness, misery, and even financial ruin. When this happens, do you blame the church or the member?

I think I blame the member for not having the common sense to realize that something is very very wrong.  It is called wisdom, discretion, and self-preservation. When you know that someone is abusing children, why do you not go to the cops, instead going to church leaders?  Why do people allow a member of the clergy and church leaders to have authority over their families?  This is NOT the Christianity of the Bible, instead, this is some new construct, something evil.

When Christians lose the ability to comprehend right from wrong, within their church, it’s time to run away from that church. If not, they’re worshiping an idol a graven image, and violating the first Commandment.  The worst of it, they don’t even realize they are committing what may be the worst sin of them all.