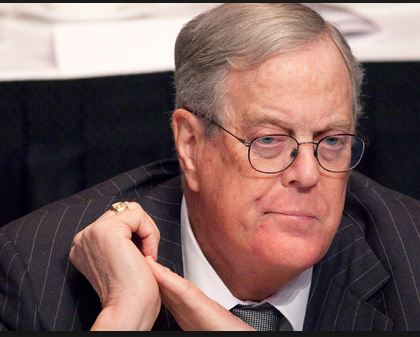 You might want to just skip this rant.  I’ve been working on taxes.  I don’t think it’s much of a secret that my sister and I have taken charge of the parents’ finances.  Our mother is quite competent to do them, but doesn’t want to be bothered.  My sister and I play good cop – bitch.  I’m the bitch, BTW.

So, I’m trying to deal with property taxes.  I don’t mind admitting that, while doing the taxes for approximately 16 acres in Oconee County SC, I have had something of a melt down.   We’re paying what basically amounts to about $230 an acre, for empty lots that we’re selling.  While I don’t want to get into a rant and rave about how badly the libertarian minded former governor of South Carolina and the current version have botched the economy there, but they have.  We’re dealing with a very conservative county, yet their tax rate is, in my humble opinion, through the rough.  Just right down the road, maybe 5 miles, the parents still have 120 acres of frontage on I-85.  The total tax bill on that acreage was about $218 or so. Now, would someone like to tell me what is wrong with this picture? Sure, the acreage is zoned for agriculture and the 16 acres are zoned for development, but aside from a house or two, there is literally nothing anywhere near the 16 acres – yet.

There we are, playing taxes like good, honorable American citizens, yet Cliven Bundy and his vile militia supporters, who are, allegedly being backed by the Koch Brothers, are getting away with freeloading off the government tit.  I don’t mind people who need help getting it.  That is what an advanced, and civilized society does.  But, when we’re dealing with a heavily armed group of men and women who are bound and determined to over-throw the United Stated government.  This isn’t about ‘freedom’ or the oppressive abuse of the BLM, but about a group of angry little men and women who are little more than puppets for two very ambitious men who think they are rich enough to control an entire country.  The problem is, they’re getting away with it – they’re that rich.

Their anti-grazing movement is being extended into neighboring states.  Here in New Mexico there are a bunch of bust- headed ranchers who are demanding the Forest Service open up 23 acres of protected riparian areas.  To hear them, they need more grazing land, during this extended drought.  They aren’t being entirely honest.  They have access to 28,000 acres.  This is not about cattle, freedom, or grazing, but about doing the bidding of the Koch Lords of Sith.   They are determined to create another such situation here, in Alamogordo.  They claim it’s about water rights, but that’s a crock. The issue is being promoted by the Koch Machine, here in New Mexico.  If it will have anything to do with our erstwhile governor, the Kochs own her, like the cheap little whore she is.

In Utah, some of those lovely little militia charmers threatened federal workers to the point where anyone connected with the BLM is removing their logos from their vehicles.  In San Juan Canyon, Utah, the County Commissioner is demanding that ATV riders drive through Recapture Canyon, near Blanding.  It contains  some of the most important archaeological sites in the entire country, but what is good for 99.9% of the country is not good for libertarians who are being used by the Koch Machine to force local take-over of federal lands  – so they can do swoop in, buy it, and rape our heritage. They are also pissing off both the Navajo and the Hopi.

“...A group of war veterans were forced to cancel “a traditional Navajo Warrior welcoming home ceremony” scheduled to take place in the wilderness near the area out of concern that the ATV ride could get out of hand. And local tribal groups also view the event as yet another example of disrespect aimed at Native American cultural heritage.

“We believe the [Bureau of Land Management] should be providing more law enforcement to protect and preserve the cultural and natural resources for which it is the Nation’s caretaker, and not providing more motorized access to areas containing cultural and natural resources that it has demonstrated that it is unable to protect,” said Leigh J. Kuwanwisiwma, a preservation director with the Hopi Cultural Preservation Office….”

In 2012, the Koch owned governor of Utah, Gary Herbert, signed a law demanding the US government give back land to Utah.  Another bill would allow cities in Utah to take federally owned land.  Even the sponsor acknowledges that the bill would allow gas/oil interests to step in and drill on valuable protected land.  That’s what it is all about – a land-grab by the oligarchs.

They want to do the same thing in Idaho.  In an article written by Bonner R. Cohen, it is being promoted by the  National Center for Public Policy Research, a Koch Machine, is at the forefront of demanding valuable federally owned land be given to the state, so the Kochs can have it.  He’s also a Koch whore, just like Cliven Bundy.

While we struggle to pay our taxes, oligarchs like the Koch Brothers manage to get away with what ever they want.  I’m all for a taxpayer revolt – against the rich and powerful who are not paying taxes!  The Revolting Bundys are costing the taxpayer a fortune, and now there is the FBI investigation.