Why I Plan to Vote for Trump

In 1984, the conservative ‘establishment’ elite decided to band together and force Ronald Reagan not to run for re-election.  He …Read the Rest

Iowa is bought and paid for by the far right, libertarian loons who are owned by the Brother’s Koch and …Read the Rest

For years, The Pink Flamingo has been defending liberal Memphis Congressman Steve Cohen from the vicious attacks against him, from …Read the Rest

The original title for this post was FAIR, Vdare, Racism, Hate & Little White Male Bigots, then The Pink Flamingo …Read the Rest

It looks like something over 1000 conservative “Christian” ministers are going to tell their congregations how to vote, and openly …Read the Rest

Are the Attacks on Newt Personal? (Nah, Just Ron Paul Destroying the GOP)

Are the attacks on Newt that are coming from Mitt Romney are far from personal.  He simply believes in carpet …Read the Rest

Fun and Games with Ron Paul & His Friends

Would you vote for anyone who took money raised by someone associated with the KKK, Neo-Nazis, National Alliance, Stormfront, and …Read the Rest

Has the GOP No Pride?

It gets worse and worse.  Why the heck would anyone even consider subjecting themselves to the constant indignities by running …Read the Rest

Could Someone Rid Us of the Annoying Paul Family?

Why would anyone even think about voting for Ron Paul? Does anyone even doubt that Ron Paul is going to …Read the Rest

“…“My father never would have broken up a family to try and make, in fact, a point on immigration.And so …Read the Rest

Another Fine Mess the Anti-Hispanic Bigots Have Caused

When does this stop? As Republicans how long do we put up with this papa cow excrement? Maybe good and …Read the Rest

The Pink Flamingo has been very outspoken detailing links between the CofCC, Stormfront, and the tea parties, especially in South …Read the Rest

No Wonder GWB Is No Longer Acceptable to the Libertarian Right….

“…You and I have a rendezvous with destiny. We will preserve for our children this, the last best hope of …Read the Rest

Please, explain Global Warming to me.  They’ve had so much snow in Yellowstone, that they are having to clear the …Read the Rest

The Pink Flamingo applauds the idea of saving taxpayer money.  It’s a good thing.  But, there are a few things …Read the Rest

The Racist Ron Paul Roots “…In June 2007, Gary North wrote that Ron Paul was “the most ideologically committed politician …Read the Rest

Tea Parties and Minutemen and Racists – Oh My!

The Pink Flamingo does not like the Tea Parties.  I think they are short-sighted, foolish (as in lacking wisdom), arrogant, …Read the Rest 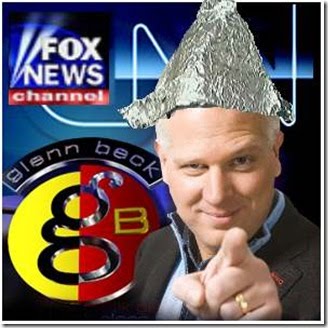 Glenn Beck’s astonishing ignorance when it comes to history is going to get him into serious trouble. The Pink Flamingo has repeated this, repeatedly. Could be, now that he and David Duke are promoting the same anti-Semitic author, he could be in trouble. Nah, isn’t going to happen.

This is very nasty stuff, and Beck continues to get a pass. One of these days he will go too far.

EXPOSED: Who Is Trying to Destroy Lindsey Graham?

In November of 2007 the Greenville County GOP censured Lindsey for not scraping and bowing to their every desire. Last week the Charleston County GOP followed suit.

South Carolina is the most Republican state in the country. Lindsey Graham is the Senior United States Senator.

Lindsey is a Republican.

He is being attacked by a group called the American Energy Alliance, which employs attractive and bright former GOP staffers to make it look like the whole attack is the Republican Party turning on Lindsey Graham.

South Carolina is very important to the GOP.

It is a bell-weather state.

What happens in SC in the GOP will eventually happen throughout the country.

What happens when there is a harmonic convergence of Tea Party “patriots?”, Stormfront, the CofCC, American Renaissance, Losertarian Blogs, The Charleston County GOP, “Big Oil”, Ron Paul, Ron Paul Bots, and the brain dead far right, all determined to destroy a good man? The Far Right falls for the lies, hook, line, sinker, and canard, spewing them out gleefully, never bothering to fact check, only vomiting up hate and lies.

SC’s strange, “losertarian” blog, FTS, is joyfully announcing how Lindsey is being trounced in alleged polls, never bothering to link to them. Not to worry, the same thing happened in 2008 when the Greenville County GOP held a straw poll and all the little anti-Lindsey racists showed up to vote. In 2007, the CofCC was so sure they could stir up enough hate, that they held their national conference in Greenville. They partied and did the conference thing with their “sister” organization, Stormfront.

“…In April 2007, Taylor delivered a lecture entitled, “Multiculturalism and Racial Diversity: Strength or Weakness?” at Clemson University in South Carolina. A student group, the Clemson Conservatives, had invited him and he spoke to a group of students, faculty, and members of the public. During the lecture, Taylor implied that international hostility directed at the United States is due to the country’s current racial diversity. He also said, “It is a mistake to assume it is wrong to prefer the company of people similar to oneself… It is universal, and I think there’s every reason to believe there are innate biological reasons… In [the] United States, this kind of preference… is recognized and encouraged and institutionalized so long as the people who are expressing this preference are not white.”…”

A John Tanton Connect the Dots

This was first published on the original Pink Flamingo on July 10, 2007 “The has come, the wise man said, …Read the Rest

The Racist Origins of Immigration Reform

Heidi Beirich of the SPLC has been doing some serious research into the background of John Tanton. The SPLC is …Read the Rest

Non Republican Conservatives Are Causing Problems for the GOP

Is the “Dump Lindsey” Movement a Ron Paul Supporter Special?

“…patriotism among Hispanics, including the foreign-born, is as high as among white Americans.” These people really need to get a …Read the Rest

Borderline Republican Disorder & the Terrifying Roots of the Anti-Immigration Movement

James Hood is a treasure. (Give his new blog a break) He’s come up with more information connecting Tanton, Garrett …Read the Rest